Many know espresso as a cranial kickstart. For some, it’s a daily delicacy, the elixir of life itself. To others, though, it’s a mystery. If you spell espresso with an “x,” you can’t tell a frapp from a capp, or when I say “demi,” you think “Moore,” you may be in this category. But don’t let that get you down. This beginner’s guide to espresso is for you. You’re already into coffee and you’re intrigued by espresso, but you don’t yet know the full scoop. Read on and we’ll take you from sea-level to the summit of geekdom. Welcome, adventurer, to the exciting, ever-caffeinated world of espresso. 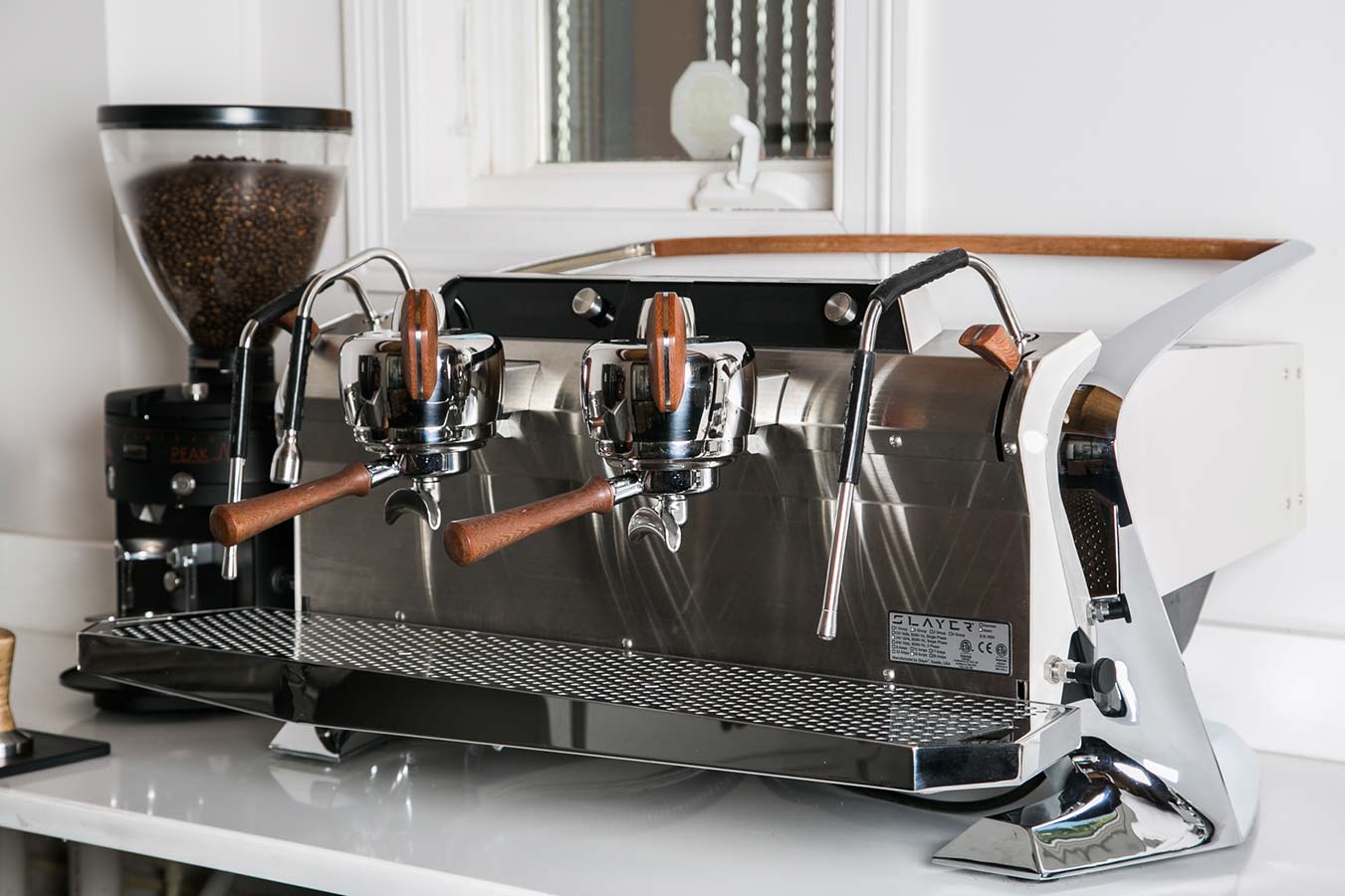 More than any other means of coffee-making, espresso is sorely misunderstood. Espresso is a beverage defined broadly by its approach: Often small in volume, brewed hot with water under pressure, percolated through a bed of dense, finely ground coffee. Because of the relatively high pressure and small particle size, this method is able to extract more solids and oils than pour-over, immersion, etc. but is still just a method. There is no espresso roast. There is no espresso bean. There is only the espresso method of making coffee, which is to say any coffee roasted to any degree prepared in the above fashion will result in a drink called espresso. And what a tasty drink it is. Straight or with milk. Blends and single origins. Wow, how versatile!

Espresso service is the staple of coffeehouses, as it has been for decades. The first espresso machine was manufactured near the turn of the twentieth century, when an Italian inventor wanted a way to prepare coffee “expressly” for customers, one at a time. Over a century later, his patented prototype has taken new forms, gone global, and birthed an entire industry, one that has likely factored into your life, which is what brought you here today, surfing the crema for information on espresso. 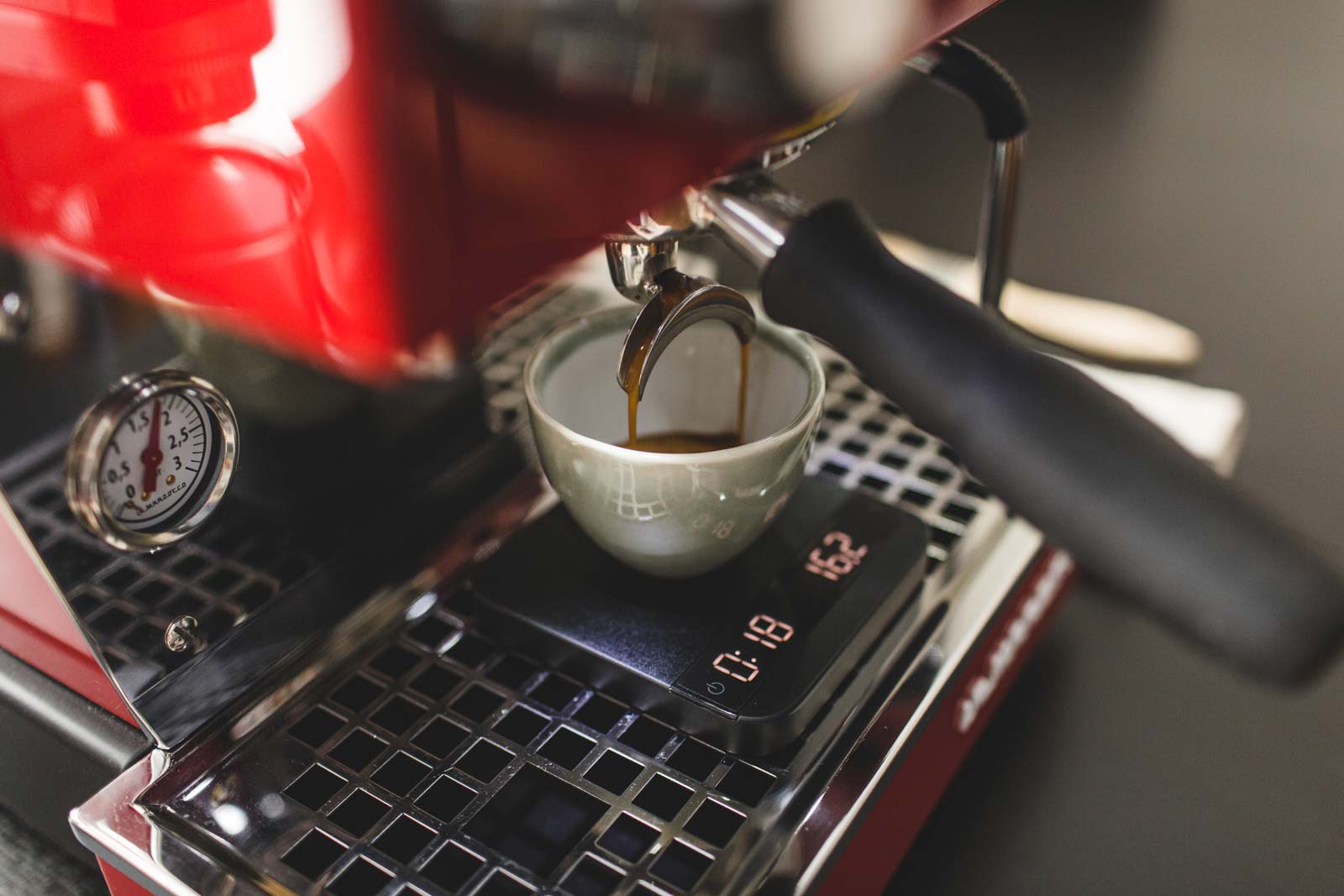 There are, however, variations on the theme of espresso. In the past ten or so years, what espresso machines, grinders, and even water can do has changed through the ingenuity of companies like Cafelat, Mahlkonig, Decent, and Third Wave Water, and of curious baristas working with their products. We have seen advancements in coffee particle uniformity, flow control, pressure profiling, and affordable home grinders and machines, meaning more people are making espresso and a dizzying array of variables are at their disposal. As a result, the question “What is espresso?” has become increasingly complicated to answer succinctly.

In fact, the question “What is espresso?” has changed to “What are we doing with espresso?” Two styles have emerged: “traditional” and “modern.” Traditional espresso has for decades been celebrated for its balance, body, and crema. It is usually brewed to a volume equivalent to (1:1 ratio) or double (1:2 ratio) the weight of the coffee dose. For years, traditional espresso has been extracted in cafes from stalwart machines made by La Marzocco and Nuova Simonelli and in homes with Rancilio’s Silvia and Quick Mill’s Silvano. Modern espresso, on the other hand, is celebrated for its cleanliness, acidity, and sweetness, has little to no crema, and is brewed at higher ratios (1:2 and above), for times ranging from as few as 15 seconds to as long as 45, and—because the highest tasty extraction is the goal—sometimes beyond. 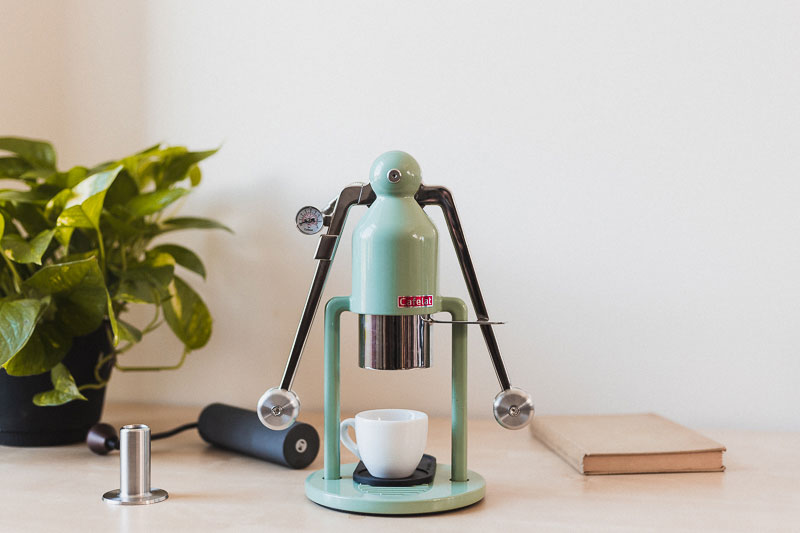 Because of the emphasis on experimentation, modern espresso has birthed a new generation of smart machines like the Slayer, La Marzocco Strada MP, and Victoria Arduino Black and White Eagles, allowing you to manipulate pre-infusion, pressure, and flow. With affordable manual machines such as the Cafelat Robot and Flair 2 and electric ones like the El Rocio Zarre (available soon) and GS3 MP, you can bring the experimentation home. This is not to say that the Slayer, Strada, and other such machines cannot make traditional espresso—they absolutely can and do every day at homes and cafes across the world—but instead that they come with a few extra features to satisfy the experimenters out there. Avant-garde espresso is here. But the old guard never left! One is not better than the other; they are simply different. Whether you like modern or traditional comes down to personal preference and probably a little bit of habit. Rest assured, though—despite your preference, we have an espresso machine (and a grinder) for you.