Not Just Your Average Auto Brewer

I think we've made it obvious that we really love the Bonavita coffee maker. The Bonavita has proven itself to be temperature stable, producing a consistently quality cup of coffee, time after time, with lots of ease.

Not Just Your Average Auto Brewer 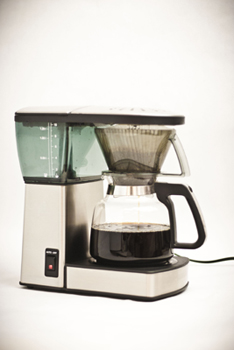 I think we've made it obvious that we really love the Bonavita coffee maker. The Bonavita has proven itself to be temperature stable, producing a consistently quality cup of coffee, time after time, with lots of ease.

You could even consider the Bonavita a hot water deliver system; you decide the dose, the grind, and even the dripper (several drippers fit the Bonavita).

Several months ago we ran tests on the Bonavita to determine if we were willing to stand behind this maker and sell it. Of course the biggest thing we were concerned with was whether it brewed hot enough, and whether it held that temperature consistently throughout the entirety of the brewing process. We used cold, fresh, filtered tap water, which at our tap is around 65 degrees. At this temperature, the water from the brew head was consistently delivered at 205 degrees, meaning that the bed temperature was around 202-203, a great temperature for brewing most coffees, and within the SCAA standard for brewing. 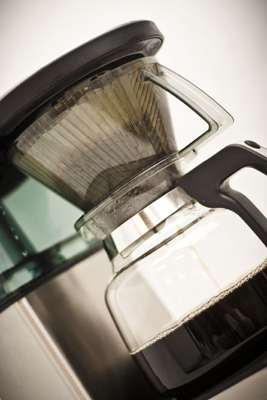 The other day, we had a delicious coffee in the office, and were wanting to brew a large batch using the Bonavita. This particular coffee was a high-elevation, very lightly developed coffee, with the best results in pour-over brewing coming from very hot brewing temperatures, between 206-208 from the kettle. So we wondered, would using lukewarm water affect the temperature at the brew head? The answer as you can tell from the title was an ecstatic YES! While we would never recommend using really hot water with the Bonavita, we have found that you can safely manipulate the brew head temperature by adjusting the temperature of water in the reservoir from cool to lukewarm. We decided to test this several times, using a basic 500mL and 30g of coffee, and here are three numbers that represent our overall results:

This is a pretty exciting finding! The already excellent Bonavita maker becomes an even more versatile brewing option. Our examples should work for you, barring differences in ambient room temperature (our thermostat was reading 70 degrees) and voltage drawn from the outlet (extension cords, other appliances sharing the outlet). Run your own experiments and see what you find! And for more information on the Bonavita brewers, check out our glass and thermal models.