The Hario Switch is a game changer! Providing several methods to brew, this hybrid brewer meets several needs by offering options to brew as an immersion or pour over method. It boasts a similar design to the classic Hario V60 but with a switch that allows the user to decide when the draw down begins. 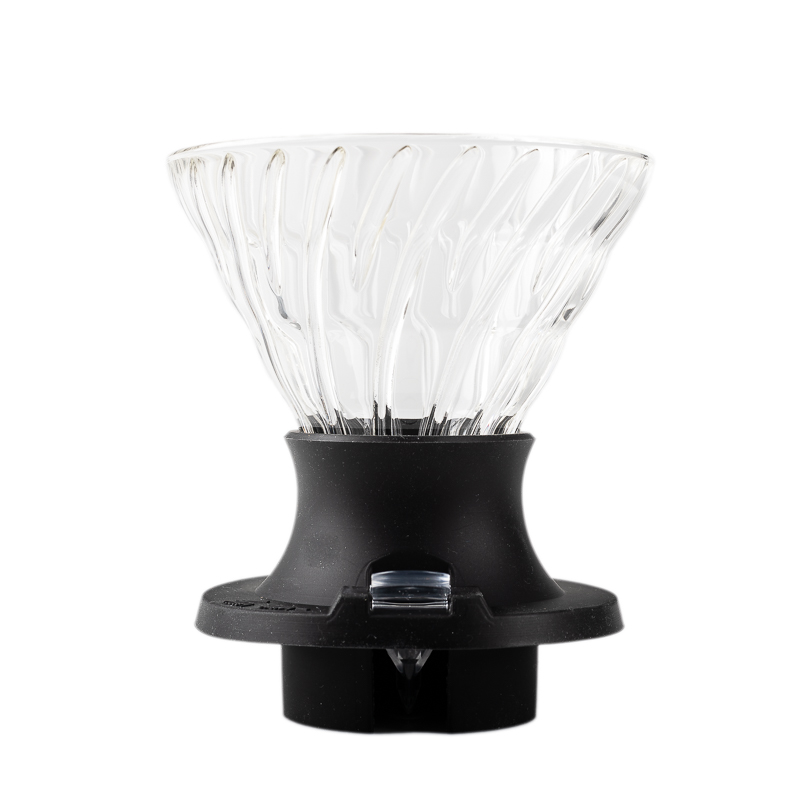 Brew either pour over or immersion

Hey guys. It's Ragan from Prima Coffee. And today, we are checking out the Hario Switch Immersion Dripper. The Hario Switch is a hybrid brewer. It allows you to brew, how you want when you want. Because it can be used as an immersion dripper or it can be used as a pour over. And, it also allows you to choose the precise time you want the drawdown to begin, which can give you the chance to experiment and try new methods. As you can see the design of it looks very much like your Classic Hario V60. It has the cone shape. This is heat proof glass. It has the space that is made out of silicone. Inside of it, has a stainless steel ball so it's kinda like a marble that either opens or closes and that's what keeps it as either an immersion or a full pour over. And it's controlled by this PCT resin switch. When the switch is in the up position, the ball is blocking the bottom and not when you use it as an immersion method, because the water is staying in constant contact with the coffee. But when you flip it down, the switch moves the ball up and allows that water to flow down, and that's when the beginning of the drawdown happens. That being said, if you're wanting to do it as a pour over and you have the switch flipped down the entire time, you can, just for a moment, use it as an immersion method so that you can decide how long you want the water to stay in contact with the coffee during the brew. Another difference between the Switch and the V60 is a hole in the bottom is actually smaller on that. So it's also very similar in the sense that it uses the same filters. This is a just Classic Hario V60 O2 filter, and it uses a similar grind size. So we're gonna brew the Switch doing an immersion method. So I have 20 grams of coffee right here, just gonna go ahead and pour to 300 grams. This cone holds about, with coffee, we'll probably comfortably get it up to about 240 and just to let it steep. The directions say to let it steep for two minutes. We found that actually it does better if it's a little longer. So we're gonna wait this out about two and a half to three minutes. So we'll give this a swirl, make sure everything gets, all the grounds are agitated. And, as you can see that the switch is in the up position so there is nothing flowing through. But, now that we're hitting that two and half, three minute mark, with the flip of the switch, the drawdown to get that, it actually comes out pretty quickly. Full drawdown is happening in about close to 30 seconds. So now that it's done it leaves you as a really nice flat bed, and you are left with a very clean cup of rich coffee because of the immersion method.