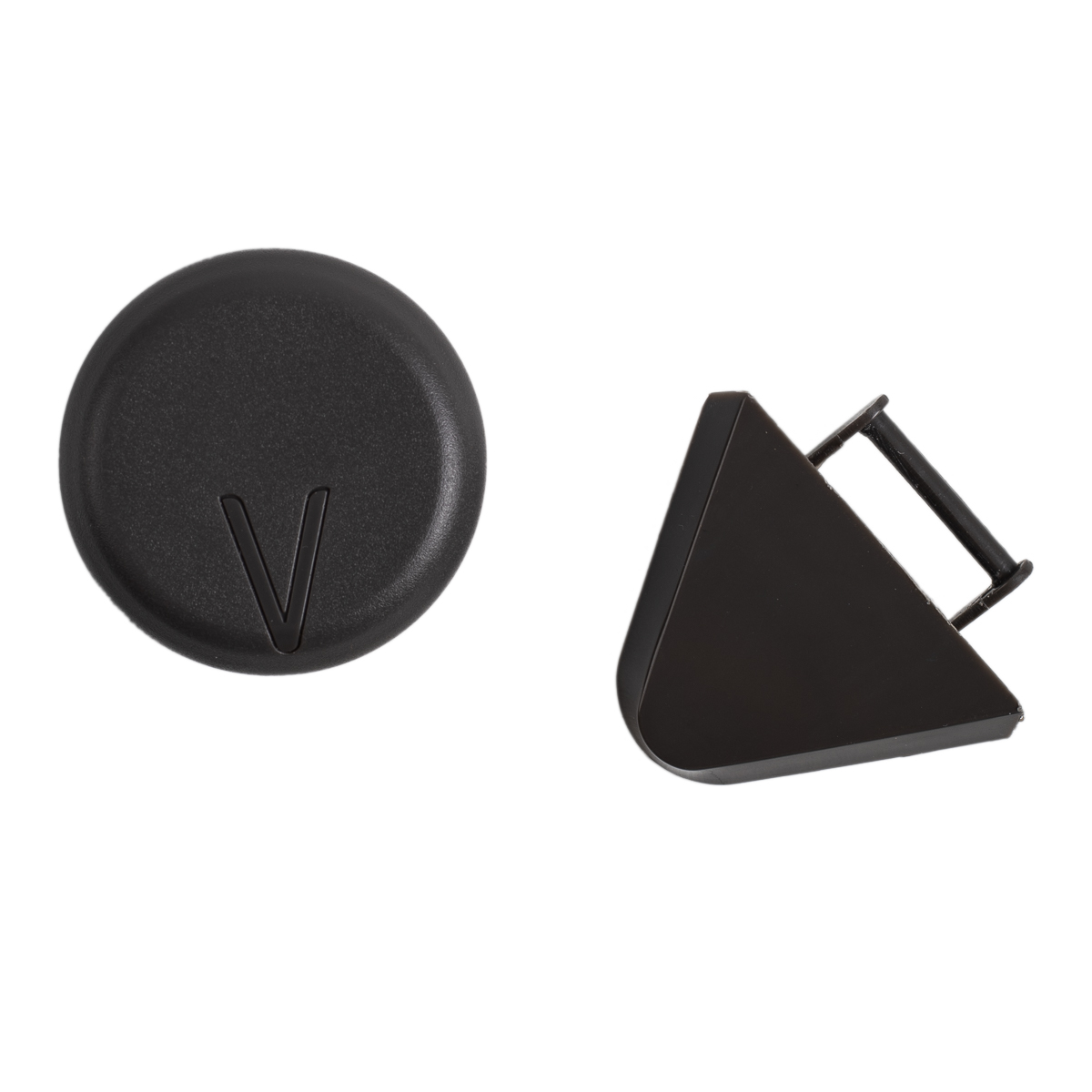 Hey, I'm Steve with Prima Coffee. And today we're going to look at the new dial and flap for the Peak Water Pitcher. So if you have a Peak Water Pitcher, you may have noticed that the dial that it comes with is a little difficult sometimes to get purchase on and to turn, and that the flap doesn't give you total control over flow rate. So the people behind Peak Water decided to come out with a couple of new components, the dial here that actually has some texture on it, and this flap that it looks almost identical but there's a tiny little difference and it gives you more control over the flow rate, which means gives you more control over pouring the water from the pitcher. So we wanted to make the video to show you that, once you get these, how you can put them in. If you already have a Peak Water Pitcher and it has one of the original dials and flaps on it... and you will know you have an original dial if it has the blue V on there. That is the original one and it's completely smooth. The new one here is textured and it has a gray V, so V of the same color as the dial itself. We are offering these free of charge on the website. You will just have to pay for shipping if you want one of these. So the first thing we're going to do is we're going to replace this dial with the new dial. And to do that, we can take the lining out and just work with this piece. On the back of the lid there is a little indentation where you press that, it'll pop up and then you'll be able to see inside. Move that dial to the release position and then you'll be able to pull the pin here and the dial out along with that lid. This is the easiest place, the easiest position to have it in so that you can remove the dial. You just pull that pin out, you can put that aside right now and then you got the dial comes right out. We'll take the pin and we're just going to take these three large notches, make sure they're facing to the front. You will see in there that there are little indentations that those notches will fit into. And when you've done that, it'll stay on its own. Then you can take the lid and press it down on top of it until it clicks. That's good. And now the dial should go basically in the same position that this one was on. So the V facing the release, and it'll snap into place, just like that. So now we can go ahead and put the new flap on. The flap just comes off by holding and pulling it down. So the flap come off like that. The new one goes on in pretty much the same way. Just put it on and snap it up. So that's it. Now you're ready to start using your Peak Water Pitcher with those two new components. It's going to be easier for you to turn that dial and it's going to give you more control over the flow rate.