A staple in many homes and cafes, the french press is an extremely popular brewer by any measure. While most produce a fairly similar cup of coffee, there are a number of different options available that can make your experience more or less enjoyable. Discover the best fit for you as Caleb shares on four unique presses, considering each one in light of its construction, usability, heat retention, and brewing results. 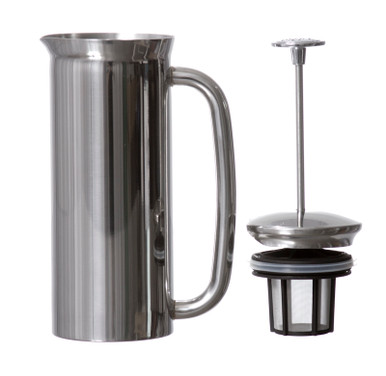 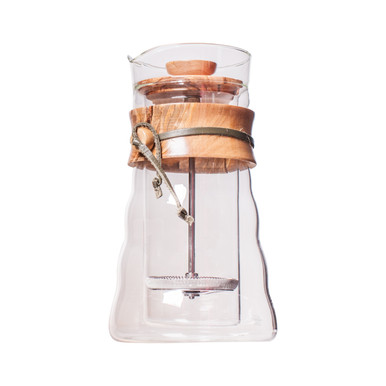 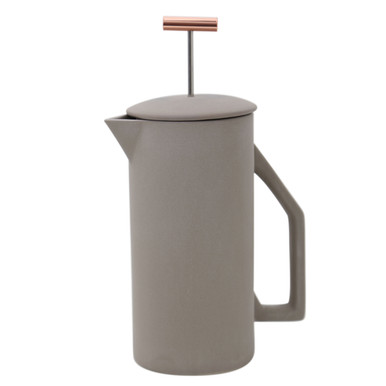 Hey, friends. Caleb here with Prima Coffee. Today, we're going to be taking a look at some French presses. We have four here in front of us. We have the Espro press, it's a double-walled stainless steel press. Then we have two from Hario, a single-walled glass and a double-walled glass French press. And then we also have one from Yield Design, which is made out of ceramic. So, we'll go ahead and kind of look at each one, kind of talk about how they compare, beginning with the Espro press.

So, the Espro press is a double-walled stainless steel brewer. And what is very unique about Espro is that they have this double filter. So, you can twist this and pull it off and you get the double filter, so you're going to get a less gritty, less silty cup. You can also place a paper filter between here and even get an even more silt-free cup. The Espro press also is available in glass, and you can get it in 8, 18, or 32 ounce sizes. It retained the heat longer than any of the others that we had. It lost about one degree per minute. So, in five minutes, it lost about five degrees, and that was a really great thing, because as water temperature changes, it's going to change how your coffee is extracting.

Next up, we have the single-walled Hario. The Hario single-walled French press is available in two different options. You can get this metal version like here, or you can get one with olive wood accents. And it comes in two different sizes, you can get it in 300 or 600 milliliters. This is the 600 milliliter brewer here. Inside the French press, we have just your typical, your standard metal mesh filter. So, it just goes down in here nicely. Out of all of these, this one retained heat the least. I mean, so it lost the most amount of heat. It lost about 20 degrees in 5 minutes. So, it definitely plays a part in how your coffee is brewing.

Next up, we have the Hario double-walled glass French press. Now, this one's extremely attractive to look at. We have these olive wood accents, this leather tie similar to a Chemex, and then just kind of floating glass on the inside, which is very attractive. It also has the same mesh filter. So, you're going to do it the same way as you would the single-walled. It retains heat quite a bit better than the single-walled glass, though it didn't retain as much heat as the double-walled stainless steel. I think it was about 10, it lost about 10 degrees in 5 minutes. So, it was twice as good as the single-walled, and it only is available in this 400 milliliter size.

Next up, we have the Yield Design French press. And now, this one comes in six different options. There are three different glass versions, and then three different colored ceramic versions. And they're all 850 milliliters, which is a max fill. So, practically, you're looking at about a 600 milliliter brewer. We have this really nice copper pull on the top, and then you're able to pull this through. We have the same filter as the two Harios, this kind of mesh metal filter. As you can tell, it's a very nice solid piece of ceramic, this white kind of farmhouse looking. Comparably, it held heat longer than the single-walled glass filter, or the single-walled glass French press, but it didn't compare to the double-walled at all. So, it lost more, about like, 15 degrees over 5 minutes.

So overall, though, it's a very attractive one, very nice to look at. Both the one from Hario, the double-walled, and the Yield are some of our favorite-looking designs. Any who, so that is each of the French presses that we have before us. Now again, they're available in some different options and different sizes. If you have any questions or concerns, hit us up. Thanks for watching.