If you’ve been paying attention to the world of espresso in recent years, you might have noticed the silent and steady takeover of puck-style tampers in competitions and in your local coffee bar. Like our very own Prima Tamp from some years ago, these tampers and tools are breaking new ground and making baristas’ lives easier. The whole idea is this: if you build a tamper with a sort of collar built in, you can use that collar to ensure that your tamp is always level and reliably consistent. In most designs, that collar is also the top part of the tamper, with a base that screws in below it so you can adjust the depth. On our site, you can take a look at our offerings from Mahlgut to see the design in action.

So, what’s the whole idea here? Is a level tamp so hard to do consistently, so much so that a whole new tamper design is merited? In our opinion, yes, absolutely! There are multitudes of instructions and articles on proper tamping form or force, but they never seem to break the mold and seek out new methods of tamping entirely. Tamping manually is actually quite difficult to perform consistently, even if you've practiced with a bathroom scale to learn what 30 lbs of force feels like, and especially when working behind a busy bar. And since tamping poorly can have some very obvious effects on espresso extraction (turning a balanced and dialed-in shot into a cup of putrid over-extraction, for example), it’s also become more obvious to folks who work with espresso often that there’s need for something a bit better than a traditional tamper. 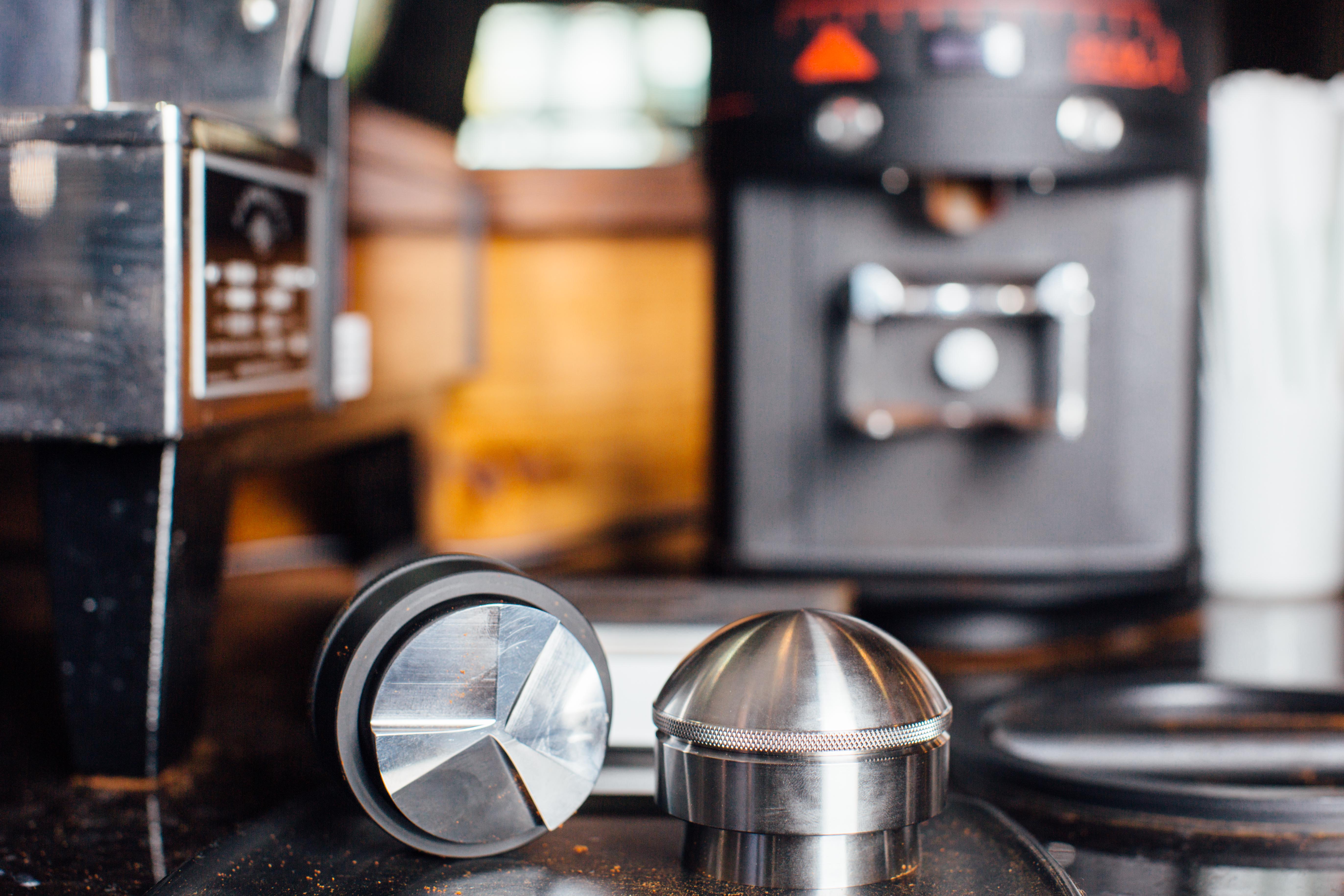 That's not to say that one can't tamp evenly or consistently with practice and care, rather it is to recognize that in those busy commercial environments that there is a greater need for a little extra assistance. When multiple baristas are preparing shots, each of a slightly different skill level, and each responding to the stress of a rush period differently, you’re bound to see tamping skills and consistency start to waver. The pucks will become compressed off-kilter, giving water a distinct path for channeling, causing shots to go out that are inconsistent and potentially just plain bad. Nobody - not the barista, nor the customers - wants that to happen, but it is a reality that humans will mess up a little when there’s room for error, as there is with a traditional tamper.

But with the new puck-style tampers and tools, like Mahlgut’s Buzzer, the vast majority of that room for error is now gone. It’s far more difficult to tamp off-level when your base fits snugly into the basket, and the tamper’s collar stops any off-axis tilt by making contact with the basket’s rim. There’s still a little room for operator error, such as setting the piston depth incorrectly, but this is far easier to diagnose and correct on the fly than it would be with a traditional tamper. Further, if everybody is using the same puck tamper on the same equipment, then everybody’s tamping will be almost exactly the same, leading to far more consistent shots. Suddenly, the human variance that might be weasling its way into your coffee bar’s shot prep has fallen substantially more by the wayside. 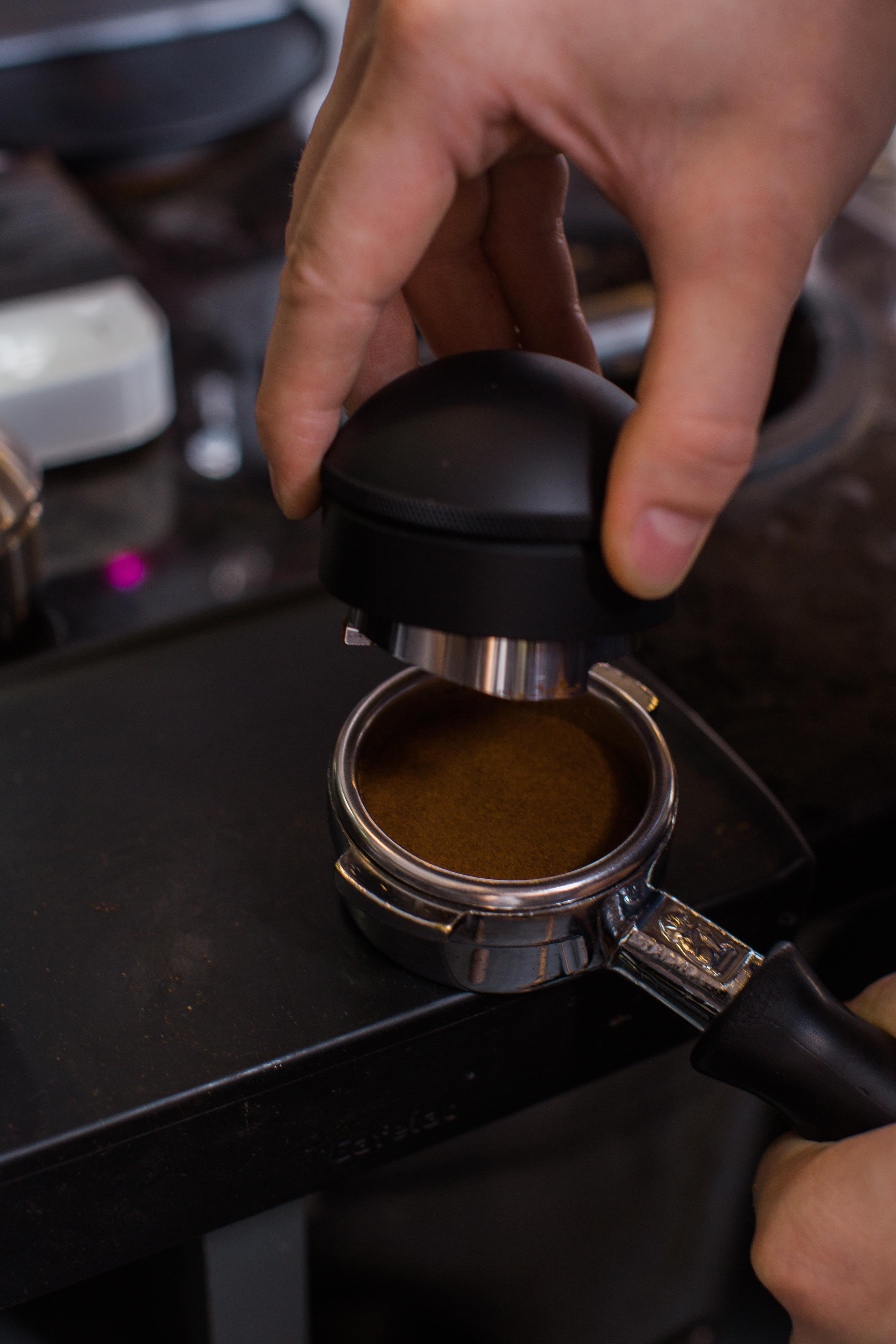 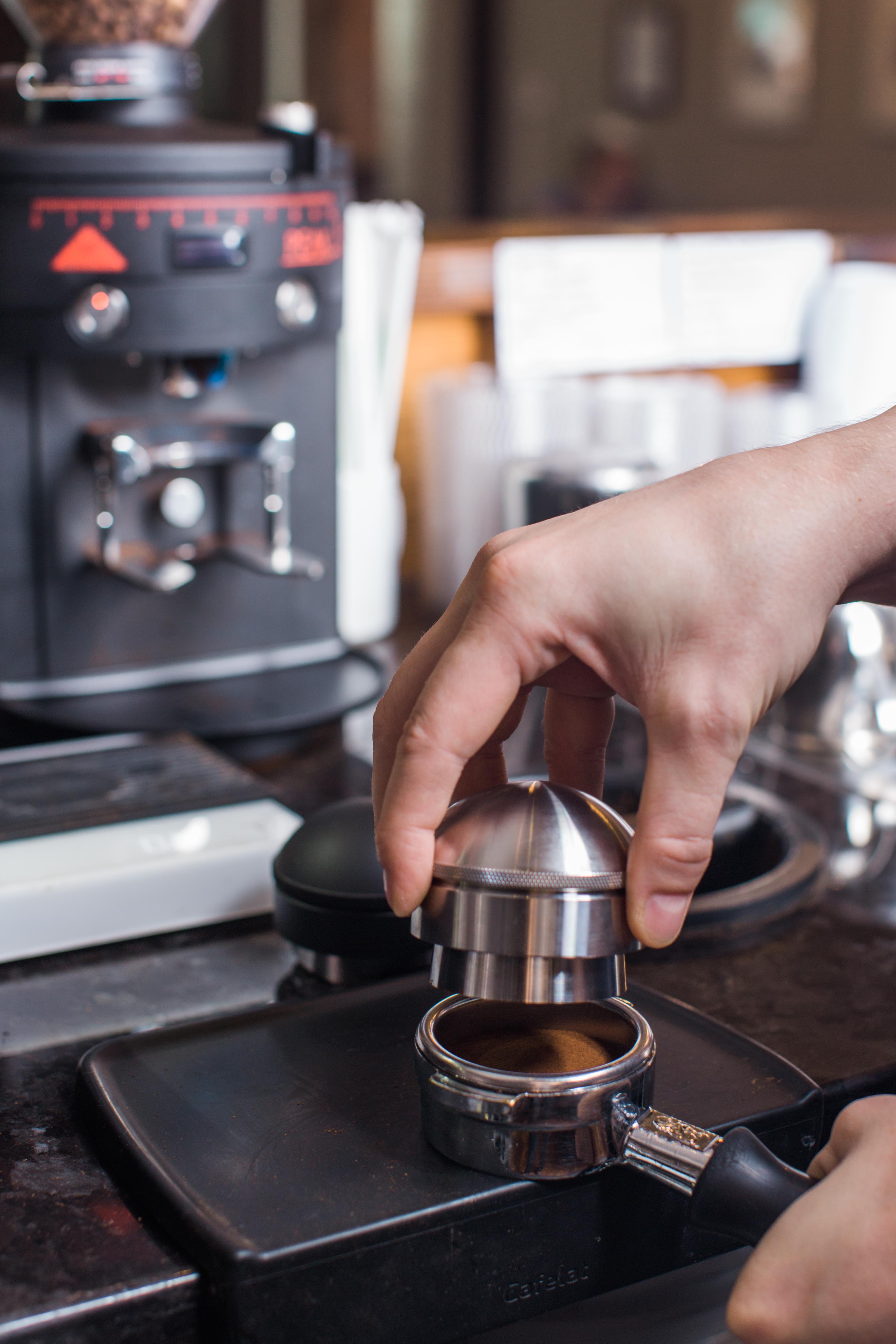 So a puck tamper is a great tool for ensuring consistent, level tamps and improving shot quality even under the stress of a rush. But what about grooming tools like the Dozer? If you’ve been watching the latest barista competition circuit, you’ve seen similar tools on bar and have probably been wondering why the barista is tamping twice. While the Dozer and similar tools appear tamper-like, their role is actually quite different, and compressing the coffee is only a small side effect rather than their main goal. The Dozer’s base is made of three radial ramps, something like fan blades, which redistribute, level, and slightly compress the upper layer of the puck as you spin the device in the basket. This may sound like a trivial step in espresso prep, but proper grounds distribution is actually a hugely critical part to making a great shot. The Dozer does not redistribute grounds in the entire basket, but grooming the upper half of the puck can still have a significant effect on shot consistency in our experience. 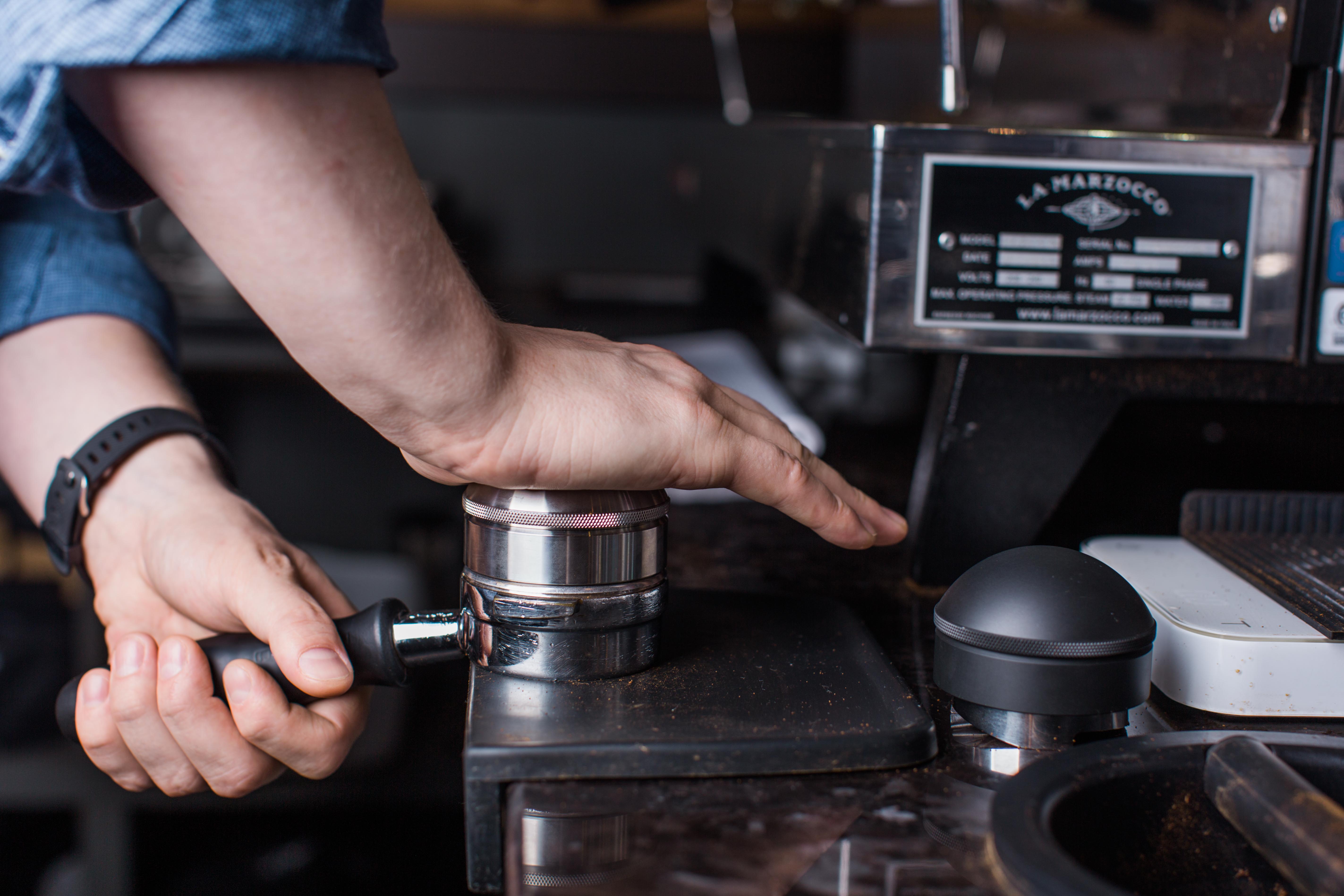 The baristas who now vouch for tools like the Dozer tend to say the same things: their shots look and taste better, they pull more consistently, and those who have access to refractometers have reported more consistent extraction percentages as well (though surprisingly some report consistent but lower extractions when using a grooming tool). And like the Buzzer, the Dozer is designed to sit level on the basket and uses an adjustable piston to custom fit to whatever dose you desire. That means there’s quite a bit of versatility in how much you actually distribute the puck prior to tamping - if you have a grinder that’s producing a clumpy grind, you can groom more deeply to help break up those clumps and create a more uniform coffee bed, just as you can level and settle only the surface if your grinder produces a fluffy and even mound of grounds. And while the Dozer is far from the only way to distribute grounds in your basket, it is a very simple and effective tool to use, without having to resort to stirring or shaking up the grounds before dosing.

Between the Buzzer tamper and the Dozer grooming tool, your espresso shot prep is bound to be cleaner, more consistent between baristas, and less susceptible to human error. With similar puck tampers and grooming tools popping up all over, it would appear that the trend of the day is to ditch the standard tamper and try something new. And with the results we’ve seen - better and more consistent shots with a simple swap of a couple tools - it’s easy to see why so many are switching to pucks and sticking with them afterward. 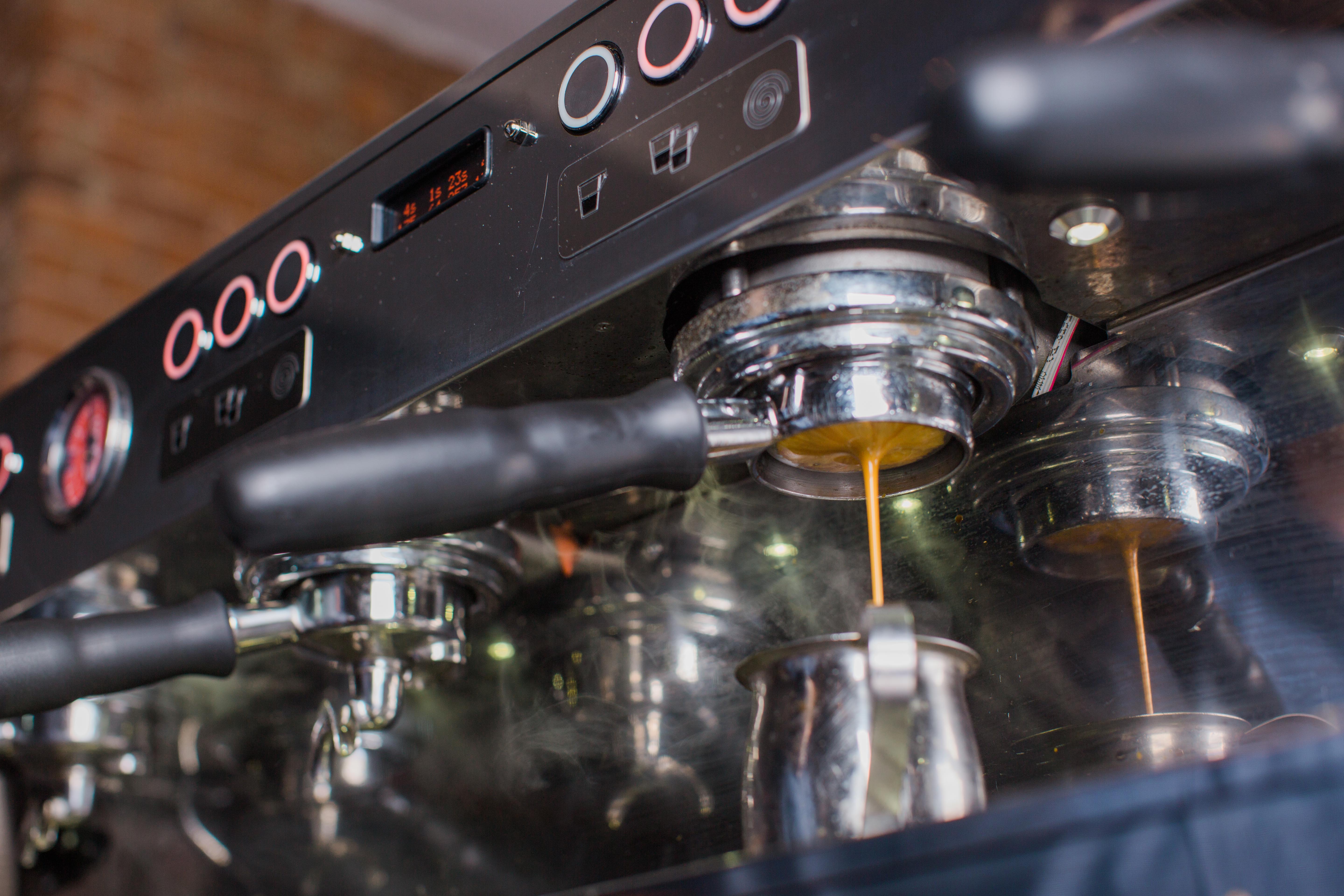