Trusted by the US and World Barista Championships for its accuracy and reliability, the Scace Thermofilter, when connected to a Type-T digital thermometer (such as a Fluke), provides real-time readings of the water leaving the grouphead of espresso machines. The benefits are many but all of them point to better espresso and happy customers. Watch this video to see what it is and how it works when connected to a Fluke. 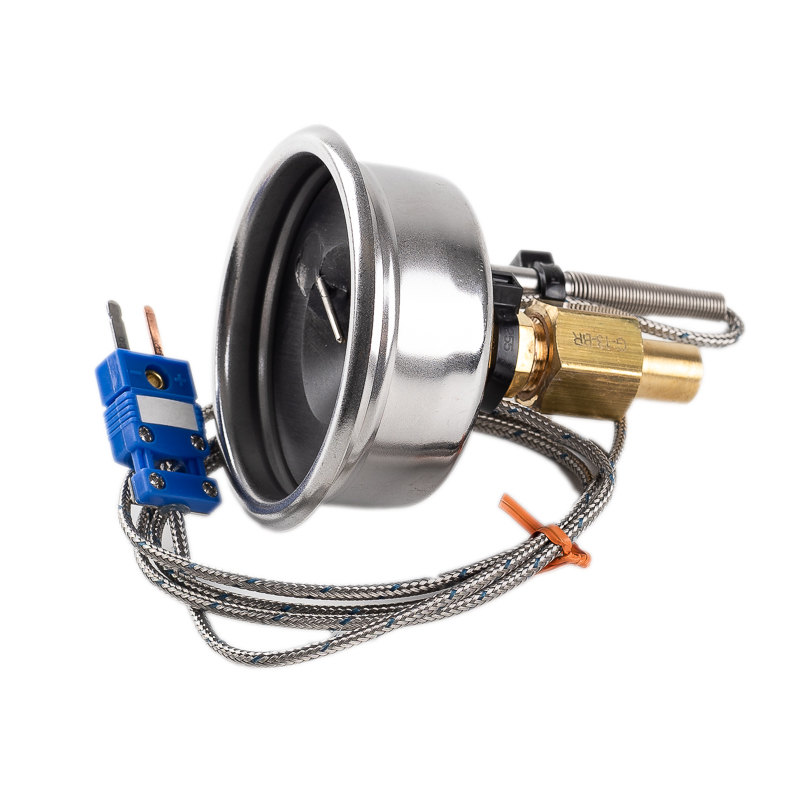 Hey, I'm Steve with Prima Coffee, and today, we're going to take a look at this thermocouple from Scace. So, this was created by Greg Scace in the early 2000s, just a home espresso enthusiast who created this, reading on forums, and learning that there were a lot of machines where the temperature was questionable. So, even if you set the temperature for 97 degrees, for instance, Celsius here, perhaps that wasn't the temperature that you were getting at the group head. And so, what he did was, he created this little device here to measure, accurately, the temperature that was coming...the temperature of the water that was coming out of the dispersion screen. So, we think this is predominantly going to be used for commercial purposes. So, if you have a café, if you have multiple cafes, perhaps, and you want to make sure the temperatures across all of them are the same so that your coffee's tasting consistent, or if you have a machine like this, which is a multi-boiler machine, so there's a boiler for each individual group head, and you want to make sure that those match, and if not, you can set the offsets so that they do. It looks like a really rudimentary device, but it does very complicated work. You have that 58-millimeter basket that'll fit in most commercial machines, your temperature probe right here, your flow controller that controls the amount of water that's going to be released, because they're going to need a certain amount of water in here to measure the stable temperature of that, and this little plastic insert that is mimicking the well-prepared puck. The temperature reading on this is so precise that this is being used by competitions, such as the World Barista Championship, the United States Barista competition as well, to test the machines that are used in competition to make sure they're standard across the board. So, honestly, this is being used because temperature for espresso is extremely important. If the temperature's too high, you're probably going to have a bitter shot. If the temperature's too low, you're going to find those sour shots. And if you have a commercial enterprise, you're really going to want to make sure that you get the right temperature, your customers are getting the best-tasting espresso for the coffee you have. So, you take this. You can see on here, it reads on here. You can see the T. So, this is a Type T. You're going to need the digital thermometer that accepts the Type T. Not all of them do, so make sure you get the one that does. You can thread your wire through the bottom of the portafilter, and you can drop your basket in. Put it in just like you would any other bottomless portafilter. So, now we're in there, and we can put it in our machine. Okay. Then, you're going to need to take this and fit it into the digital thermometer, so it'll start reading that temperature in real time. Because it hasn't been used, obviously, it's going to be kind of cold right now, that basket, so I'm going to run some water through. But you can just see kind of how this works. That flow restrictor heats a really low flow coming out of there so that there is a good amount of water. It's still accepting new water, but not a lot, on top of that temperature probe, so that's getting a really accurate reading of the water coming out of the dispersion screen, which is going to be your brew water. So, let's see there. There's our reading. The temperature is at 90...about 93. So, this is, because of the way this is designed, about 25 to 30 seconds, you're going to get what is going to be, probably, the amount of water going into an espresso shot. So, you run it for about 30 seconds, and that temperature's going to be pretty accurate for what you're going to get in your coffee. If you have the fluke, you can actually go into, in here, and set it so that you want your averages. And so, we'll turn it off and turn it back on, and immediately, when you get to that average, it'll start reading in real time and forever. There's a timer. It'll show the average over the time that you're recording. So, we'll go there, 25 seconds, somewhere around there, and we were right there, almost to 95. But we've got our temperature here set at 96, so we know we're off by about a degree, so we'd probably go in here and set that offset. So, that is the Scace thermocouple device.