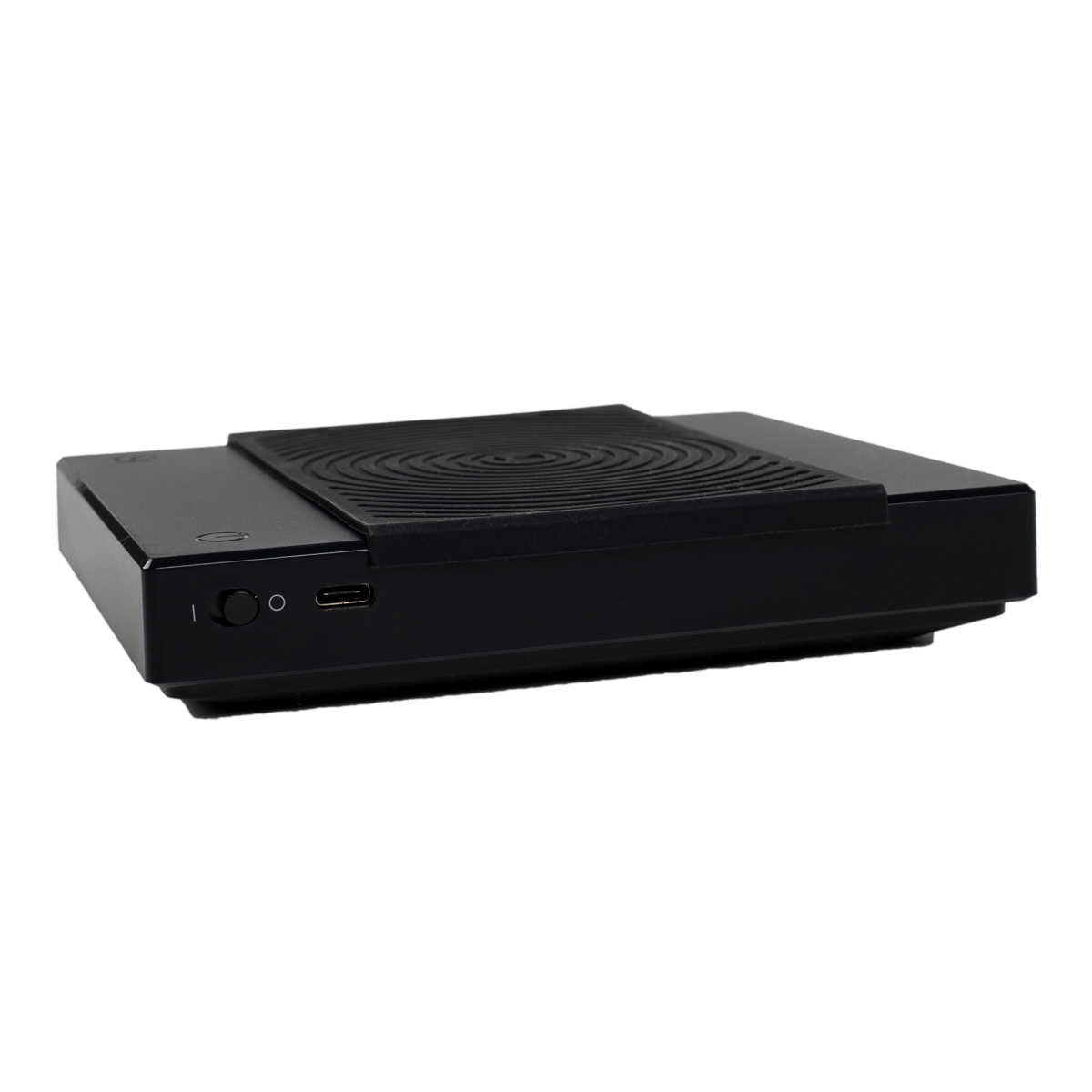 Hey, there, it's Reagan from Prima Coffee, and today we are checking out the Timemore Black Mirror Basic Plus scale.The Black Mirror Basic Plus scale is an upgrade from the previous Black Mirror scale. It has all of the same great features but some really fun extras as well. Like the previous, it has simultaneous time and weigh function, two-kilogram capacity, a really minimalistic aesthetic and some automatic features as well as a rechargeable battery. The new upgrades we're really excited about, though. First, there is a physical on and off switch on the side. This helps you prevent it from accidentally turning it off mid brew because of the touch feature on the surface. It also, one of our favorites, is that it has engraved, an engraved time and power marking on there so you know which side is which rather than just kind of banging on the scale hoping you're pressing on the right side. It also, on top of its physical new upgrades, it has an improved structure and weight accuracy and its hardware upgrade is claiming to improve speed and responsiveness. And lastly, I think one of the coolest things that's added to this one is its automatic timer. So once you start brewing, the moment that the scale detects any weight, the timer turns on by itself. So this is the Timemore Black Mirror Basic Plus scale.