The Marco SP9 opens up new menu offerings for your business, as you may offer more coffees and batch sizes with the consistency you would expect of a properly trained barista. Follow along as Ryan demonstrates the core features and strengths of this unique brewing system.

Hey, guys. Ryan from Prima Coffee Equipment here. Today, we're going to be looking at the Marco SP9 Automated Pour-Over. Built for cafes who want to combine the best of both worlds of batch brew and manual pour-over. The Marco SP9 is a modular automated pour-over designed for on-demand brewing. It consists of two main parts. There's an under-counter six-liter boiler and up top is the brew head mounted into the counter. The SP9 is controlled by two analog switches on the side. One is for time measured in minutes, one is for brew volume measured in milliliters. Control over just these two knobs makes dialing in extremely simple and intuitive. Moving down here, this is a platform for a dripper. It is magnetic, so you can move it up and down to accommodate a wide variety of servers and drippers. This also helps you dial in the agitation reaching the brew bed from that shower head. 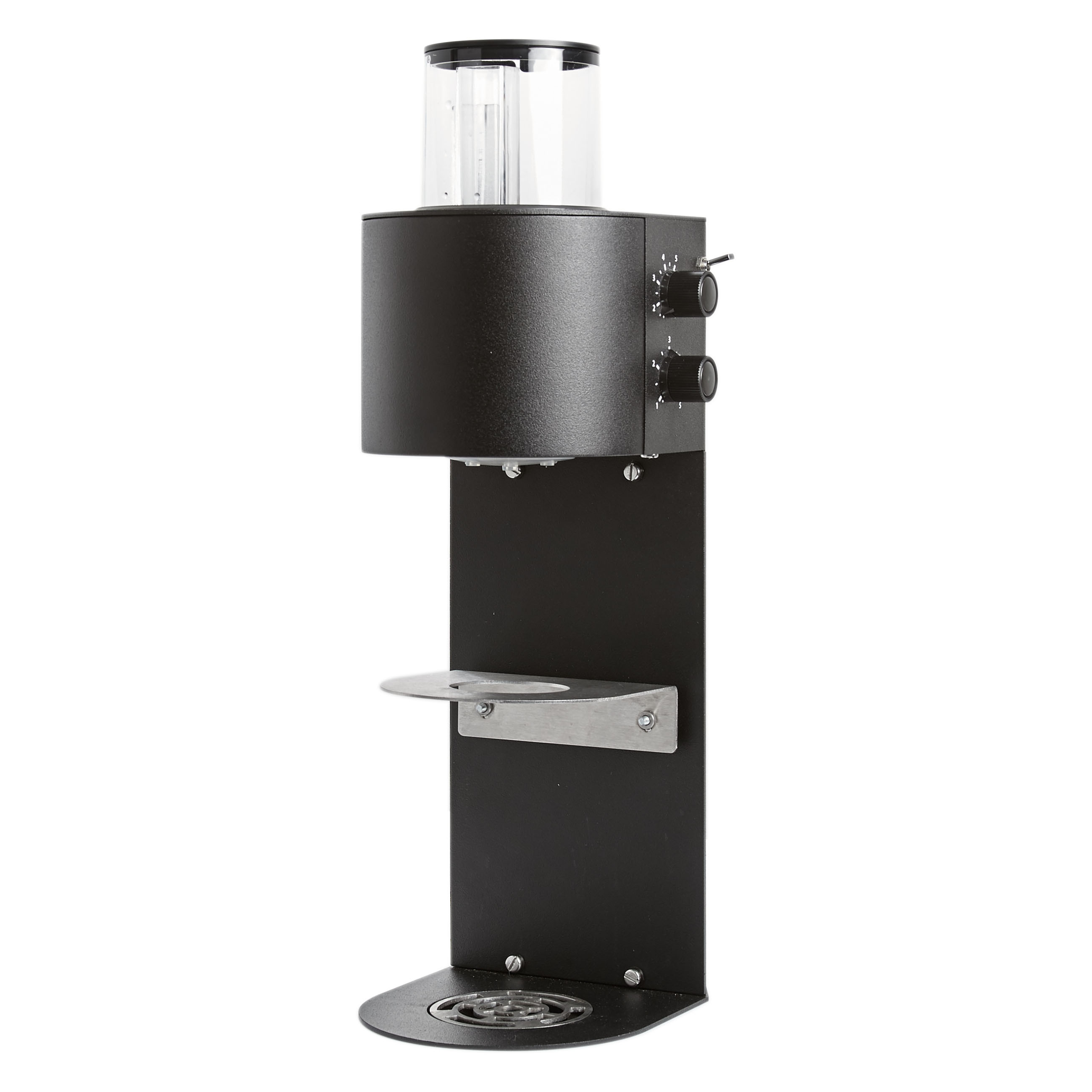 You know, for a larger batch you might want to consider lowering this down, for you know, a fine grind and a small batch of coffee, you might want to get a little bit closer to the showerhead and this allows complete flexibility. So, down here is a drain. Up here is a silicone shower head. It comes with two. One of them is a four-hole shower head. They recommend it for a Chemex brewer. We don't find it to be much use for any type of brewing. We usually use the multi-hole shower head because it has a better overall distribution of water. Up top is what they call the recirculator. This is one of the most important parts of the SP9. It is a plastic chamber and what the SP9 does is constantly pumps water up into this chamber and then that water drops through a tube back down into the boiler to be reheated. So, the water is actually circulating around in a circle constantly during the brew cycle, reentering that boiler and being reheated. We found that with the use of a digital thermometer, the temperature up in this recirculation chamber was actually within 1 to 1.5 degrees of the set temperature that we had on the boiler.

The showerhead is just gravity activated. There's a cylinoid that opens and closes here. So, because that pump keeps this recirculation chamber full and because it's using gravity, the agitation reaching the brew bed is actually a 100% consistent. The SP9 always when you brew will go through nine pulse cycles, no matter how much water or how much little time you have it set. So, basically, when you're adjusting these controls, what's changing is the frequency of those pulses and also the volume of water that comes through the showerhead with each of those pulses. So, I'm going to go ahead and do a brew. I've got 30 grams in the Kalita. We're doing about 510 milliliters and I've got it set for two and a half minutes. All you got to do to start your brew is hit this actuator switch. So, the SP9 is going to circulate water for just a minute to heat the top chamber up to brewing temperature and then it'll start its first pour. I like to be a little bit involved with this process not just walk away, you don't have to, but I like to give the dripper a little shake, just to make sure all the grounds are nice and saturated.

So, even though the controls on the SP9 are analog, we find that it is pretty darn accurate. So, if you set it to 500 mils, for example, you'll get about 510 maybe 490 mils out. So, it's usually plus or minus 10, which you know, per pour-over is an acceptable range. Let's take a look at the boiler underneath the counter. So, as I mentioned, this guy has a six-liter capacity. Its primary control is temperature. So, this thing has a maximum temperature of 204 degrees. Anything higher they say kind of messes with the pump, the way that it pumps water up to the recirculator. I think the SP9 fits into a cafe setting that wants the best of both worlds of batch brew and pour-over. Not only will this minimize waste by brewing on demand, but the automation removes the human element from pour-over, which often creates inconsistent brews. The SP9 boiler has two outputs, so you get to choose what combination of heads you want at the top.

Right now we have it set up for one SP9 head and one font head, which just dispenses hot water from that boiler. Most cafes are probably going to put a second head up top, but you do have this option if you want to. This boiler doesn't require a drain. Just a water inlet. The SP9 head itself does require a drain. Right now we have it set up going into a jerrycan, but ideally what you'd want in the cafe is something like an open drain in the floor. The SP9 is going to make a short beeping noise as soon as it's done dispensing water. And then that's it, we're done. So, all in all, I think that the Marco SP9 is a perfect tool for a cafe who wants the best of both worlds of batch brewing and manual pour-over. Manual pour-over because it has such a human element is subject to a lot of inconsistency. This offers precision to that process while also minimizing waste like you'd get from batch brew. So, that is the Marco SP9, one of our favorite automatic pour-over brewers on the market. Check it out at primacoffee.com.