The Urnex F61 tabz were formulated to ease the burden of cleaning batch brewers. They are designed in tablet form to limit measurement mishaps and unnecessary messes. F61 Tabz do contain phosphate. 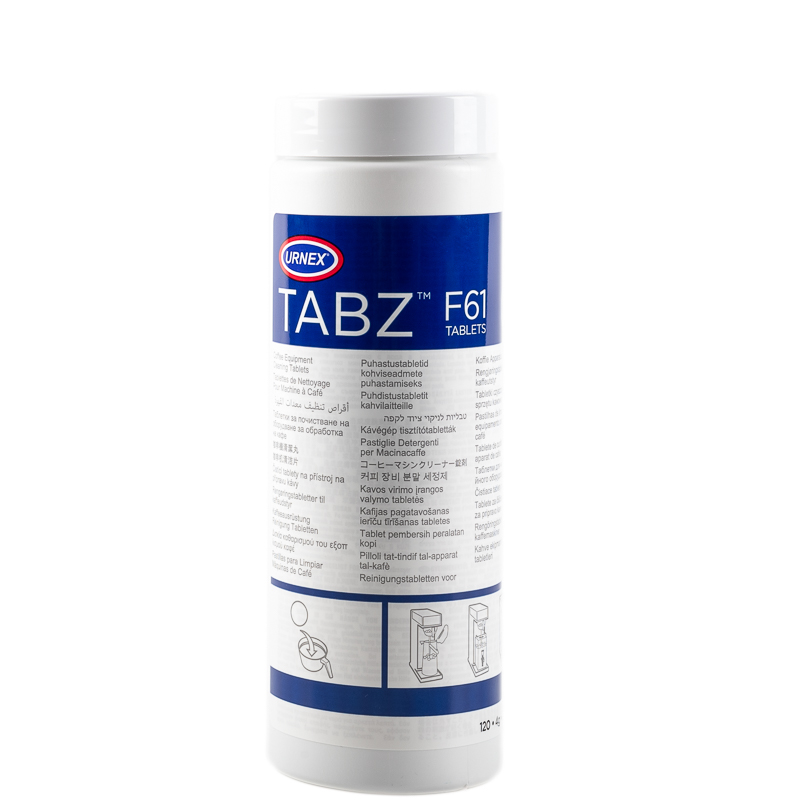 Hey guys, it's Reagan from Prima Coffee, and today we're going to check out the Urnex F61 Tabz. The F61 Tabz were designed to remove any built-up coffee oils from your brewer and your server. This formula does contain phosphate which is found in a lot of cleaners and detergents because it helps break down oils and grease. If you do want a formula that does not contain phosphate, they do offer a Z61 and Z95 formula, both of which are phosphate-free. The good thing about the F61 Tabz is that they are tablets. So by putting the tablet in, you don't have to worry about measuring or mess. It's a very clean, streamlined process. Also, they are formulated with a blue dye. That makes them safe for a commercial setting, and you don't have to worry about mixing up a regular drink to a cleaning detergent. The F61 container includes 120 Tabz and each tab is to be used with 1.9 liters of water. However, you can use more than 1 tab if you are using a larger brewer. So let's check it out and see how these work. So you're going to insert 1 tablet for 1.9 liters of water, 2 tablets for 3.8 liters of water, or 3 tablets for 5.7 liters of water. Once you've done that, you will just turn it on to brew like you normally would, and it will release down into the server where it will clean that as well. Once you're done with that, discard the solution inside the server and run with nothing but water for two more rounds, and you're ready to start brewing. Do keep in mind, though, that it is not recommended to use these on aluminum. So that's it for the F61 Tabz. You can now clean your batch brewer without the worry of measuring or mess.