Were the Espro Press just an ordinary press pot, it’s arrival in our office wouldn’t have been accompanied by anything special. You see, we’re no strangers to French-pressed coffee.

Were the Espro Press just an ordinary press pot, it’s arrival in our office wouldn’t have been accompanied by anything special. You see, we’re no strangers to French-pressed coffee. In fact, it was nothing other than a rich and full-bodied cup produced by a traditional French press that wooed several of us right into the world of specialty coffee. Since then, however, many coffee-lovers have replaced their presses with siphons, Chemexes, V60s, and the like. Why? Mainly, the silt. Sediment. Mud. Call it what you will, but it’s a dealbreaker for many. Thankfully, the Espro Press is not just an ordinary press pot, and, to the delight of many, it claims to solve the problem.

“Precision press coffee, without the grit.” The Espro Press implements two fine metal mesh filters to separate grounds from the brew. While a traditional press filters with one mesh disk, Espro’s unique design includes an additional barrel-shaped filter. This innovation, paired with an assortment of enticing features, seemed promising.

"But would it deliver? We conducted a French press comparison to find out."

Just out of the box, this device is dressed to impress. Glossy stainless steel and a tall, narrow profile make for a sleek look that has “class” written all over it. A large, curved handle is brazed to the body, offering a firm and clean attachment for easy pouring. It’s a beautiful vessel, to be sure, but more than just a shiny trophy -- the real magic is under the hood.

To determine if the Espro Press’ muscly interior makes the difference it promises, we pitted it against a traditional, glass-walled, single-filter press. We used Quills’ Tanzania Peaberry bean for our tests, and sought to identify any differences in taste, mouthfeel, residue, and heat retention. These parameters and procedures guided our investigation:

Both brews yielded a round, smooth, balanced, and delightfully simple cup that boasted a hint of cocoa. As was expected, the flavor was full and rested heavily on the palate. It was a familiar French press experience, but with something new. The difference was subtle, yet undeniable: Espro’s dual-filter system spared us from some unwanted grit! 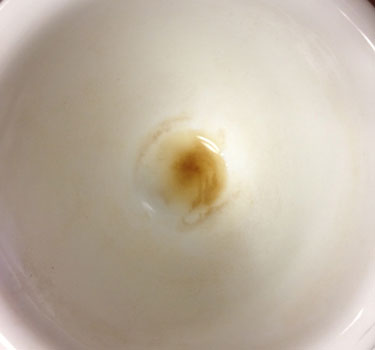 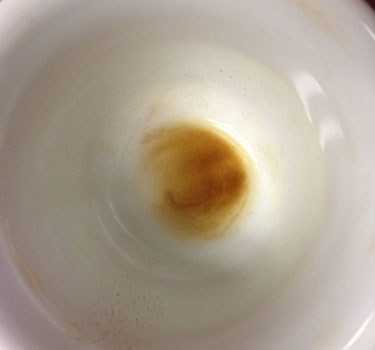 True, the cup was more clean and (for us) more enjoyable, but only relatively so. A press pot with metal mesh filtration is still -- as it always was -- for the coffee crowd that enjoys a heavy, full-bodied brew. While this is nothing like filtering with cloth or paper, Espro’s press offers a remarkable stride forward, and French press fans may be in for a treat.

Beyond innovations in filtration, the Espro Press offers superior insulation with a double-walled, vacuum-sealed vessel. After sitting for a few minutes, we noticed that the temperature of the Espro’s brew was 10° F higher than that of the traditional, glass press.

Should Espro release a second version of their press, we’d offer just a handful of suggestions. The glossy stainless steel is beautiful, but displays fingerprints mercilessly. Cleaning can be a challenge too, as the inside of the smaller model isn’t quite three inches in diameter and won’t permit an average adult’s hand. However, a brush or handled sponge simplifies cleanup and is a handy addition to every coffee setup.

Most significantly, Espro’s press retains a surprising volume of coffee. A small -- but substantial -- pool of coffee is trapped beneath the silicone-rimmed filter, inaccessible to the drinker without removing the lid and risking a mess of grounds on the counter. The devices are, however, sized accordingly: while an 8-ounce press will hold 10-11 ounces of water, it yields right around 8 ounces of brew.

All in all, we present the Espro Press with a proud thumb up. To French press drinkers’ delight, the common complaint against this classic coffeemaker is well on its way toward extinction. This impressive device has earned our approval and the folks at Espro have secured our trust.

The 8-ounce Espro Press is now available on our website for $69.95. The 30-ounce press can be pre-ordered (select from the drop-down menu on the Espro listing) and will be ready for shipping first week of July.