The statistic that 90% of restaurants, a category that includes coffee shops, cafés, and similar establishments, fail in the first year of business is a pervasive myth. In reality, according to a study from researchers at the University of California, Berkeley, the number is probably much closer to 17% (two percent better than other service industries) and 20% live to see their fifteenth year, a heartening pair of data for budding entrepreneurs. Starting a café, or any business, is risky, and the COVID-19 pandemic has surely made the proposition much riskier for now, but at the time of the study Americans were spending about $50 per week eating at restaurants, some of which was going to coffee and baked goods, and that was over five years ago. After the pandemic subsides, a long process but one that is currently underway, we hope to see that traffic return. But how do you get those people to spend a portion of their $50 at your place instead of someone else’s? Location remains one of the keys to being on the right side of the statistics. Below we highlight three of the many common problems with coffee shop locations. This is not meant to be a comprehensive list but rather an introduction to the process of scouting and evaluating potential storefronts. Avoiding these three, and any others that come up, will save you time and money (not to mention stress).

Rent is too expensive.

The most important question about a location, a question that inexplicably often goes unasked, is a simple one: Can you afford it? Your dream space will quickly become your nightmare space if you can’t. On this question, consult the sales projections and the business plan you worked so hard to develop. Opinions vary on the ratio of rent to sales, but rent should probably not exceed 15% of monthly sales, with 10% being a healthy goal. This is much easier to do in some cities than in others. In the Brooklyn neighborhood of Clinton Hill, for instance, the going rate for a commercial storefront in 2016 was about $6,000 to $9,500 per month, depending on the size, which requires monthly sales of $40,000 to $63,333 respectively, an enormous ask with the slim margins of coffee, especially for a tiny if adorable space, which is more than likely what $6,000 will get you in Brooklyn.

“If a location fails to meet your standards, or live
up to the plans you have made, walk away.”

We recommend being flexible and open to opportunities as they present. Colin Harmon, founder and owner of Dublin’s iconic 3rd Floor Espresso (3fe), goes so far as to calculate projections for three different café sizes before scouting locations: a carryout espresso bar, a small café, and a large café. This way, when a “perfect” location does come available, he will know exactly where it fits or if it fits within his means and vision. This is sound advice. If a location fails to meet your standards, or live up to the plans you have made, walk away. This takes some discipline, and it might be discouraging in the moment, especially if the space is a beauty, but it will save your business from unreasonable expectations and resultant stress. While it is possible to re-negotiate your lease terms if you find yourself in a precarious financial situation, for obvious reasons it isn’t much advertised, and for other, also-obvious reasons it depends on your landlord, whose cash position may be fraught, too, so, as with most things, it’s best to get rent right the first time. 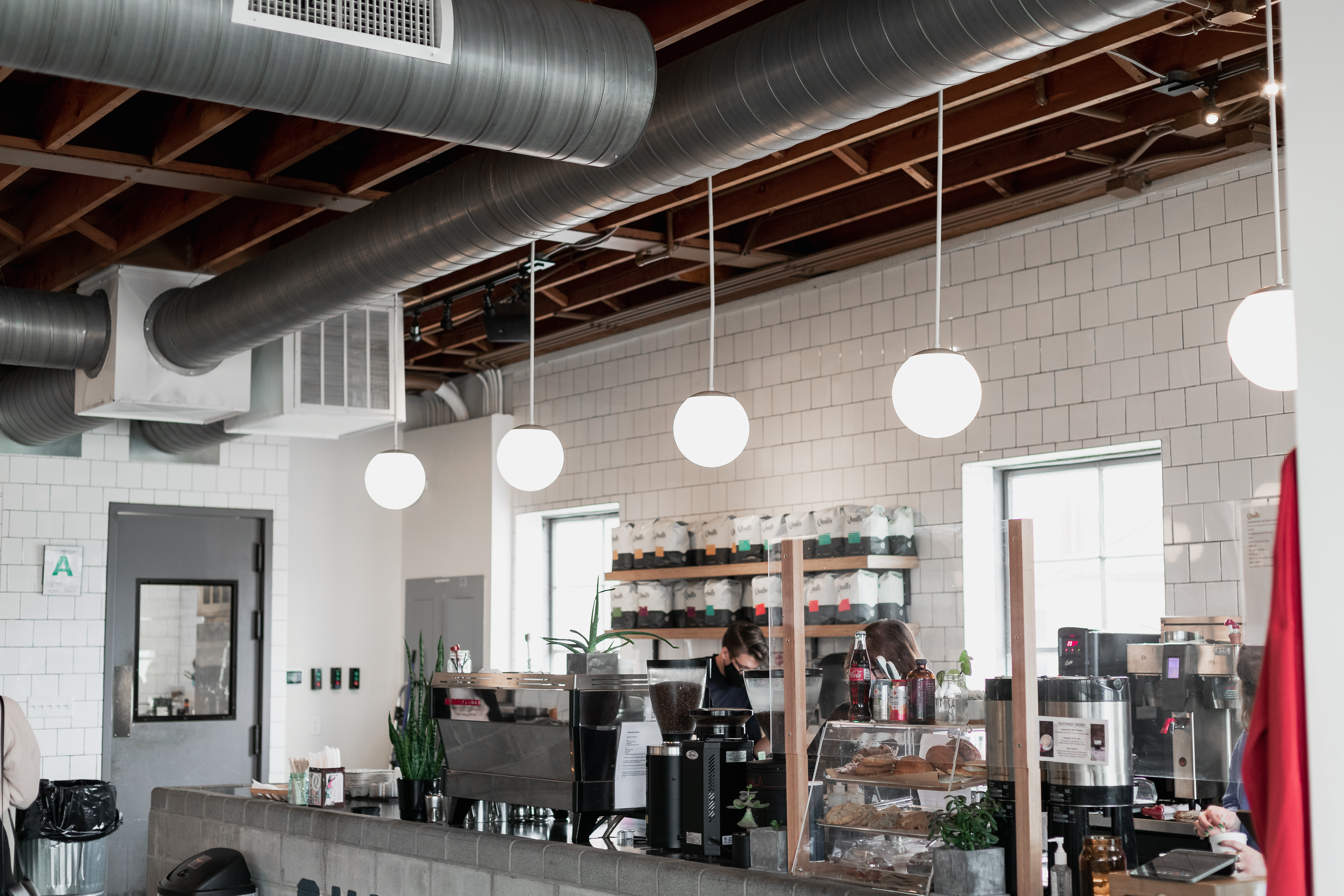 Find a location with enough traffic, whether by car, bus, bike, subway, foot, etc. to sustain your sales projections. It is helpful to spend some time, even if only a minute or twenty, outside potential locations, observing the behavior of passersby and paying attention to those on foot and those in cars, especially during morning peak hours. What may at first sound like a tedious exercise could uncover important information about a storefront’s viability. You can expect a modest percentage of those passersby to stop, and an even smaller percentage of them to stay for a while. If 5,000 commuters pass during the morning rush, for example, and 2% of them stop in (a reasonable expectation), that adds up to 100 customers. Those numbers, with an average sale of $5 (a coffee and a scone, maybe, or a latte), could amount to $500 per day and $15,000 per month and thus justify a monthly rent of no more than $2,250. And $5 is fairly conservative given the going rate for artisan lattes. Suffice it to say, knowing traffic means you know, or at least have a clearer understanding of, reasonable rent terms.

The above figures might accurately reflect the Midwest, a region with a lot of automobile traffic, whereas a densely populated urban center, such as New York or Chicago, will yield fewer passing cars (whose drivers can actually park) but more shoes. The figures will need to be modified for every kind of area.

We caution against relying too much on traffic data, though, because if there is a lot of traffic, there’s a good chance you will find a lot of other businesses already tapping into those passing wallets. And if you want to compete in such a busy area, bringing something new or special to the table, even it is just in mood, is crucial. Footfalls, in other words, do not necessarily mean sales. You must contextualize any data collected in your research.

It is also good to know who, not just how many of the who, is passing by. Having people around is great, but if they aren’t the kind of people who will patronize your business, then it doesn’t quite matter. A similarly disadvantageous scenario is having the right people around but at all the wrong hours. If they clear out during daytime hours to go elsewhere for work, they may be spending their money elsewhere; or they may be best served by a coffee shop with a drive-thru. If they are looking for a place to hang out, on the other hand, tables, Wi-Fi, and a parking lot would be more suited to their needs. A larger space, however, requires more capital, which requires more sales, which requires more employees. You can see how this could quickly get out of hand, especially if you don’t have a handle on your brand and your ideal customer. Finding a match—customers who are looking for what you would like to build—is key. 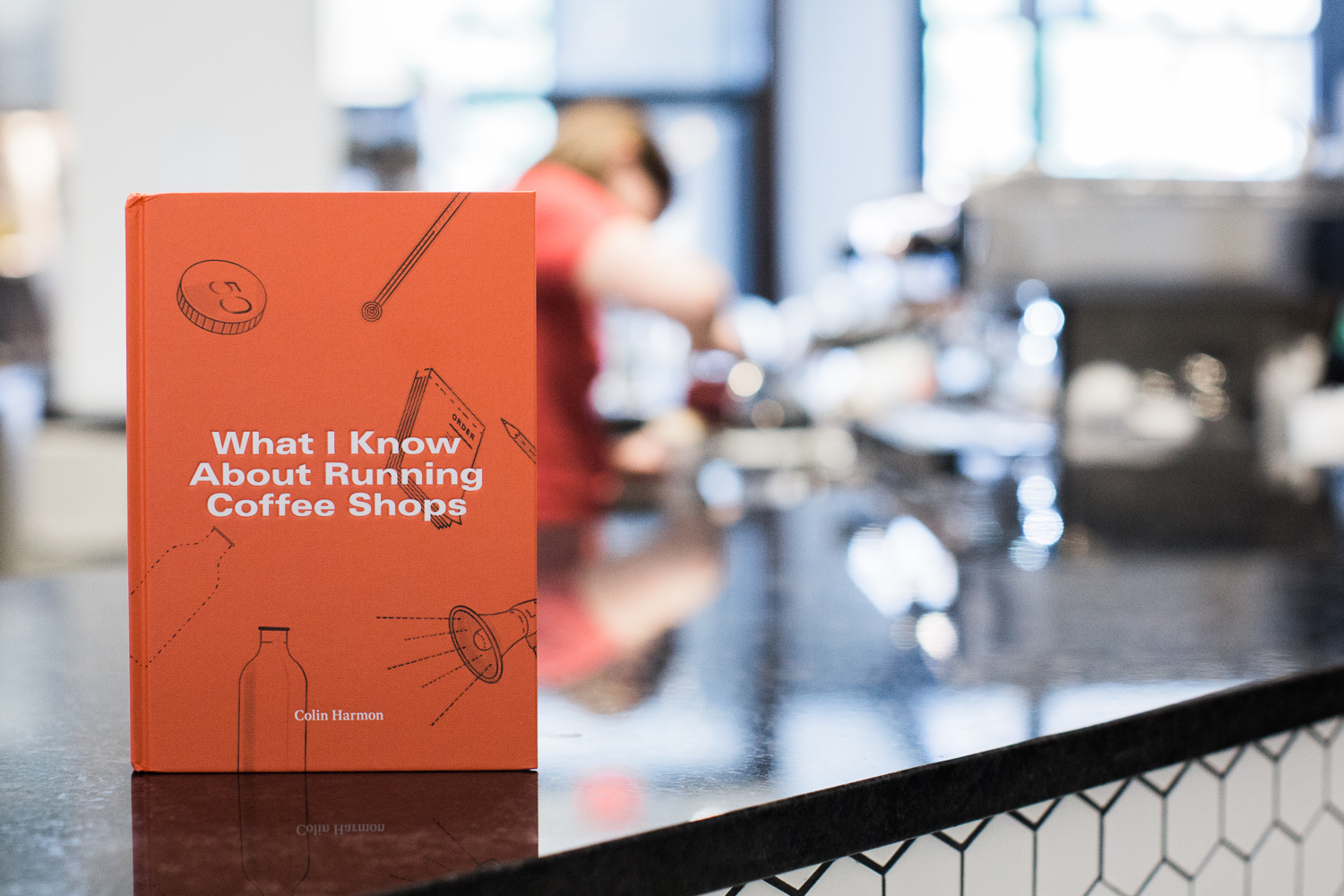 The licensing or permitting process is delayed. (Or worse: both are delayed.)

Among the common location-related mistakes is “Getting stuck in the restaurant licensing and permits process,” a terrifying but very real prospect for cash-strapped small business owners. One reason for such delays is that the licenses, such as but not limited to those granted to establishments that serve food or alcohol or have patios, for instance, and permits, such as those for structural, plumbing, electrical, and ADA modifications, require the coordination of many parties, often including contractors, subcontractors, and government officials, who are all working on other projects, too, and have different schedules than you and each other. Plus there is just a lot of paperwork. Moreover, it may not be the big permits that cause delays but rather the little-talked about ones, such as for music and signage (which is overseen by city or local entities and often are subject to restrictions, such as the ones here in Louisville).

With so much at stake—this is your livelihood, after all—it is best to bring on a few experts to look over the building before signing any papers, so, in the words of Harmon, “you’ll be able to do what you want to do when you sign the lease,” thus mitigating costly delays, such as those associated with construction permits. It is also wise to hire an attorney to help with lease negotiations. “Contrary to what a landlord might tell a new tenant,” says commercial real estate attorney Bruce B. May, “most leases are negotiable” and “there is no ‘standard’ form.” The jargon alone puts the lessee at a disadvantage.

“Contrary to what a landlord might tell a
new tenant, most leases are negotiable.”

If any serious issues come up in the preliminary assessments, especially ones that will require a hefty investment to remedy, such as those having to do with drainage under, or in the case of concrete, within the floor, you might want an advisor to help reach an agreement with the landlord over costs. The more money you spend on buildout and repair, in other words, means less money you will have to run your business well once it is open.

Familiarize yourself with the ADA requirements, too, because even if a space has previously housed coffee shops, it might not be up-to-date on codes. “Restrooms can lead to serious confusion,” for example, reports the magazine Buildings, “when it comes to Americans with Disabilities Act (ADA) accessibility, ADA compliance and universal design.” Even though resources are available—and great ones, too, such as this one from the U.S. Access Board—the particulars can be difficult to apply without knowledge of construction or law, all the more reason to hire a team of experts to help you navigate the complex maze of buildout.

The above three are pitfalls related to location we and countless others have witnessed over the years. There are, of course, many, many more. The key to avoiding them is to know your business before looking for a location. Know what you want and know what is reasonable. This is not as simple as it sounds. Success is not guaranteed, and the data, while obviously relative, point to a sobering number of coffee shop closures per year. To help you scout locations and assess the viability of storefronts, we have created a brief but handy guide, which can be downloaded by clicking the button below. The list includes a set of questions to consider as well as dedicated space for notes and a simple rating system for comparison’s sake. Keeping track of how each prospective space stacks up will help you make a final, informed decision about which storefront is best for you and your business. If you have additional questions or would like to find out how we can help you with the entire process of opening a coffee shop, one of the services we offer, schedule a call with one of our representatives.