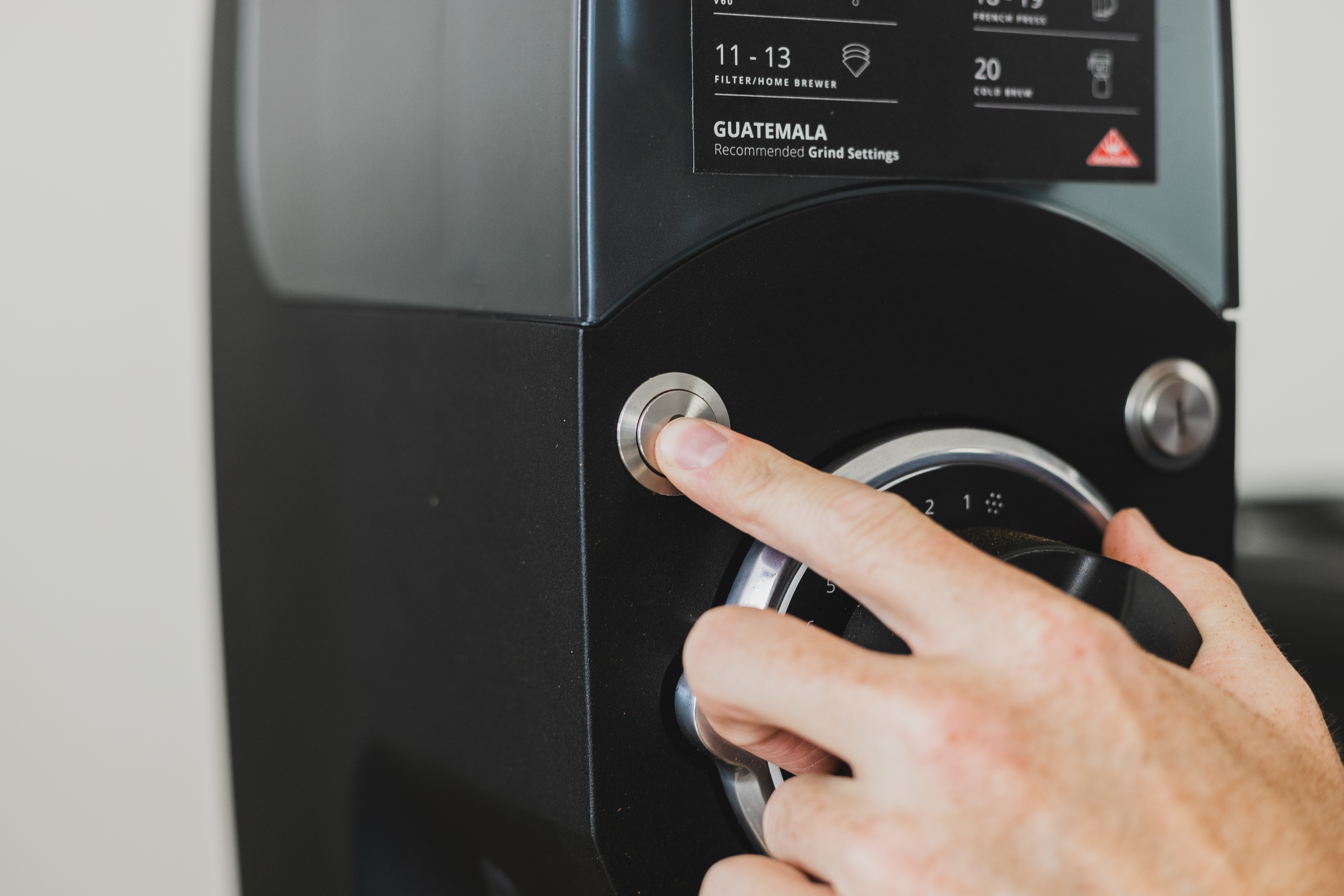 Mahlkonig has been called, "The King of Grinders", and it's no surprise why. With their second iteration of the Guatemala, Mahlkonig has made significant improvements on its predecessor, which was already a phenomenal grinder and one that many were already familiar with. The second version of the Guatemala allows for a wider distribution of particle size, producing coffee with intensity, complexity, and a higher quality cup. Due to the vastly minimized amount of grind retention, the days of worrying about old coffee grounds making their way into a new grind are in the rear-view mirror. A handy guide also sits on the face of the grinder, making it easier than ever to know exactly which grind setting to use for the task at hand. 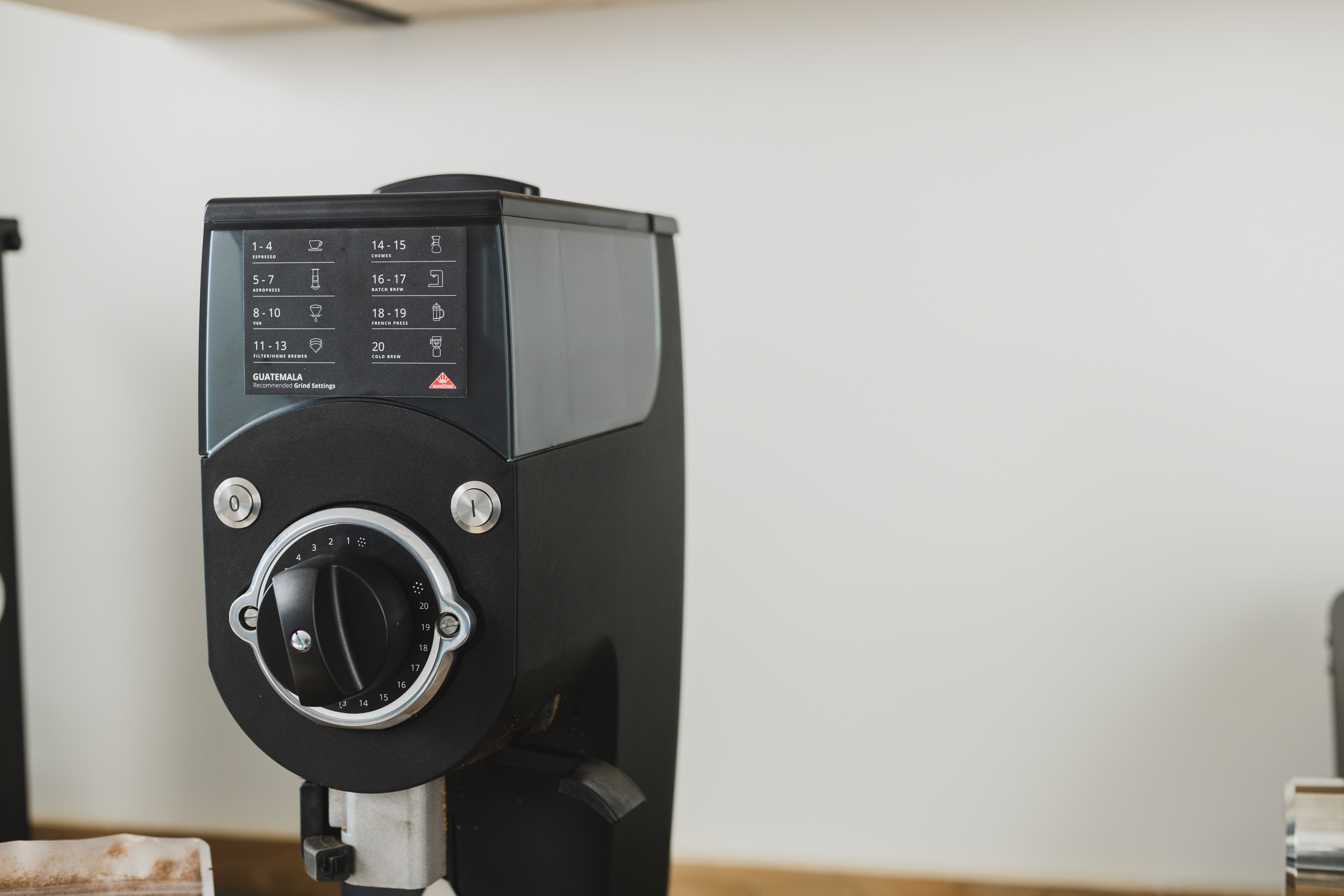 Combining the attributes of both the original Guatemala and Kenia grinders, the Mahlkonig Guatemala 710 offers the ultimate quality of grind and versatility. Large vertically mounted 71mm steel burrs, a sleek matte black finish, multiple configuration options, and a full range of grind sizes make the Guatemala better than ever. This grinder is suited for a variety of applications and is capable of producing anything from fine espresso to very coarse French Press grinds. The Guatemala is known primarily for its uniformity of grind, which is why it's been used for national brewing competitions like the Brewers Cup for many years. 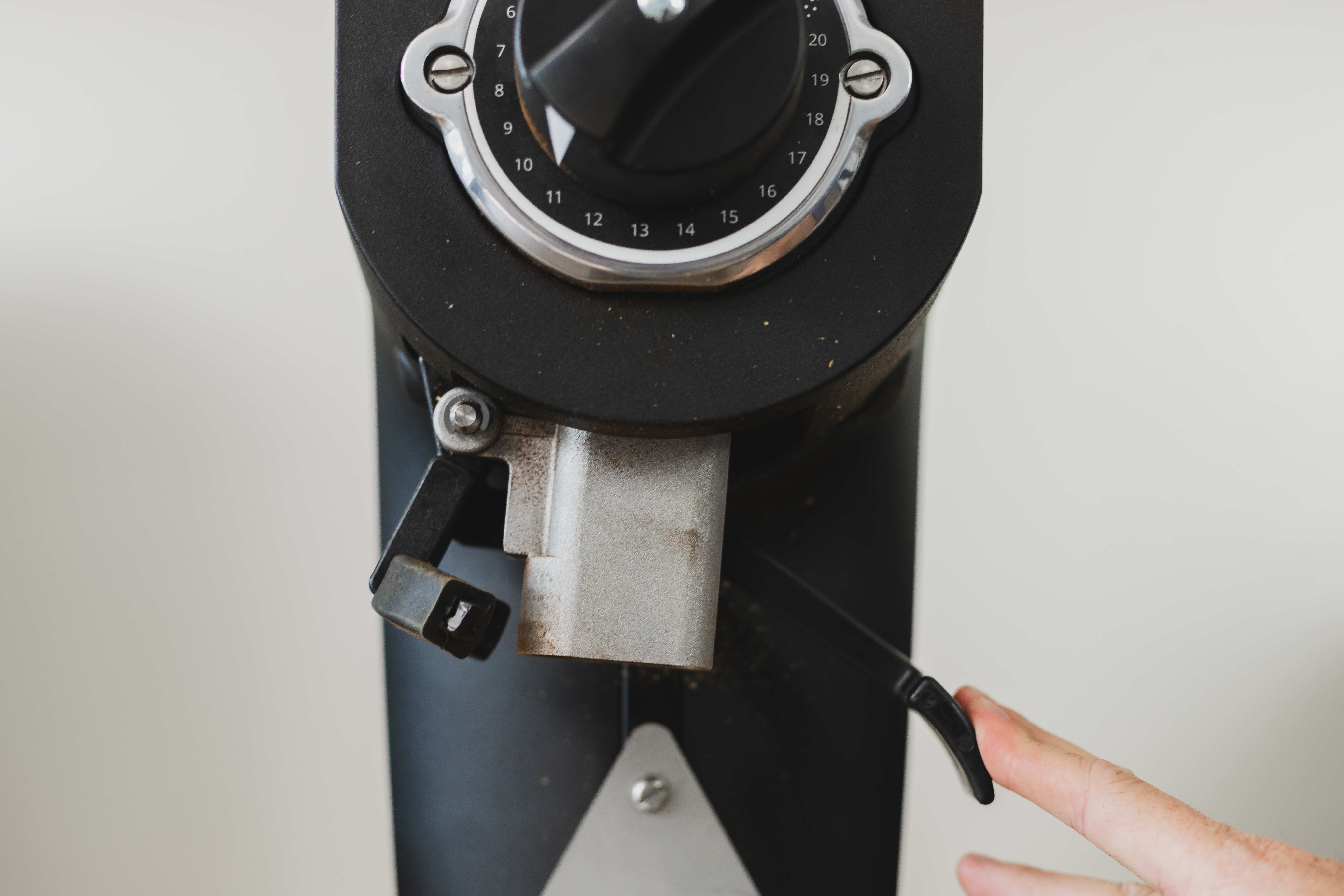 The Guatemala is available in 3 configurations: Standard, the grinder features a classic rectangular spout with a clamp - great for bulk grinding into bags. The Guatemala Filter includes a slanted, low-retention spout with a spring-loaded chute knocker and an adjustable fork which attaches to the body to accommodate batch-brew baskets. The Guatemala Lab configuration includes the same low-retention spout as the Filter version and ships with a grounds cup and stand. The Lab is well suited for single cup brewing and cupping. Ready to elevate the clarity and extraction of your brews? The Guatemala 710 grinder is a must-have tool for professionals.

Grinds From Turkish to Cold Brew