Designed by Nick Cho and Youngmin Lee, the December Dripper brings an entirely unique innovation to pour-over brewing: flow rate control. This unprecedented capability combines with a flat-bottom design to give the dripper remarkable versatility and easy adaptation to a wide range of brewing conditions. Ready to see the December Dripper in action? Watch along as Ryan demos brewing with this stellar dripper.

Hey, all. Ryan from Prima Coffee Equipment here, and today, we're going to be taking a look at an exciting new product called the December Dripper. At first glance, this looks a lot like a Kalita dripper, but it has a feature that really distinguishes it from all other drippers out there, and that is variable flow. In the bottom of the dripper is a Teflon gasket that, when turned, changes the aperture of holes in the bottom, which effectively manipulates the flow rate. So, on the base here, there are some reference points for these settings. There's 0, which is closed, then 1, 2, and 3, and each of those settings opens up another hole in the bottom of the dripper for increasingly faster flow. So, let's take a look at in the light. This is setting 0. This is setting 1, 2, and 3. You can see one more hole opens every time I change a setting. 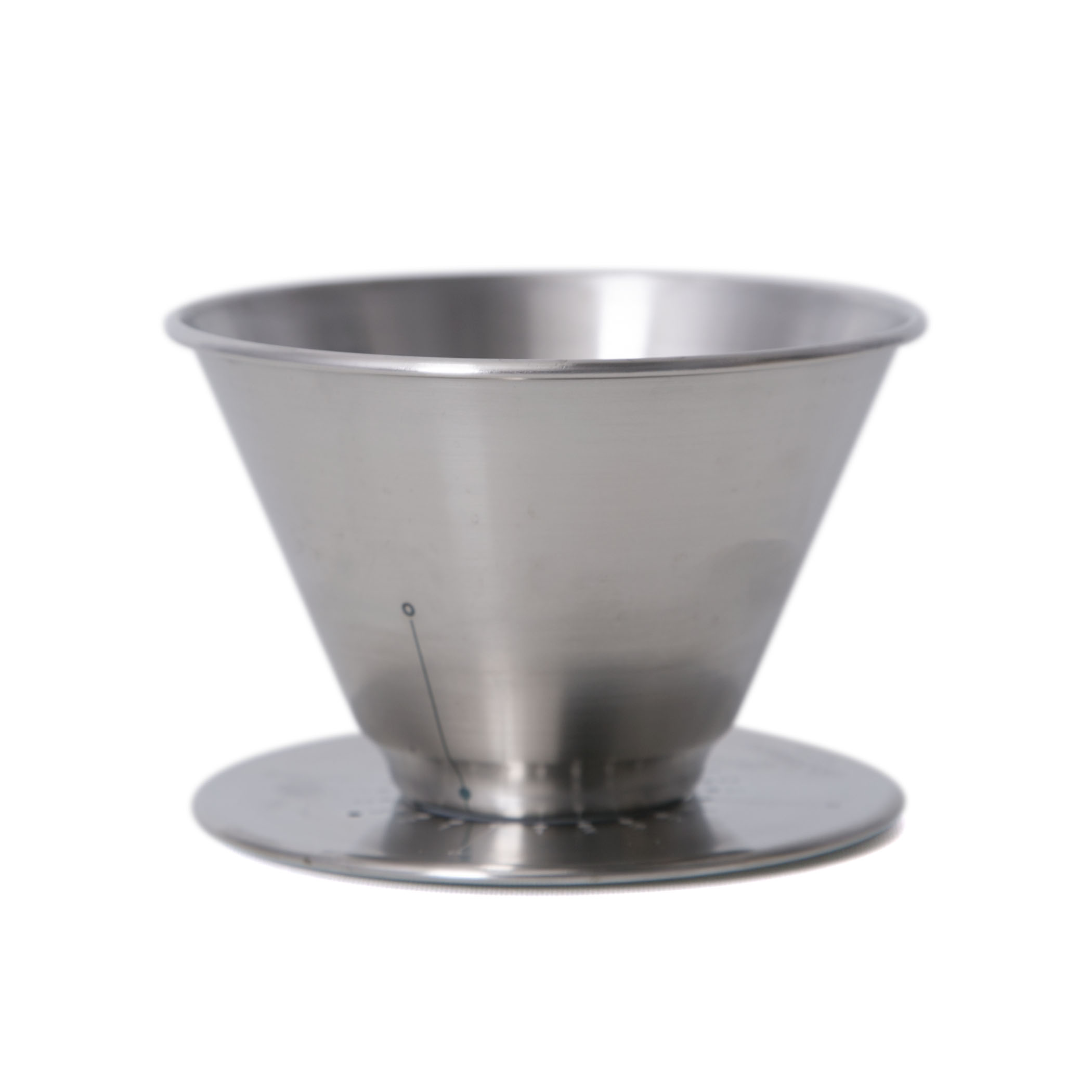 So, I'm going to go ahead and start a brew here with only about 10 grams of coffee. And not only that, I'm going to be using a coarse grind, something that you might actually use for, say, a 40-gram Kalita. And the reason that I'm able to do this is the December's variable flow. So, a coarse grind really does require a longer brew time to diffuse the solids on the inside of the particle into the water, and generally, how you do that is you brew with a large dose that has a lot of water, because that gets your brew time past that three and a half to four minute mark. But with the December, we can lower the flow down and use a minimal amount of water with a small batch. And we can achieve that brew time and really accommodate that grind size. So, I'm starting out on a setting 0 here. That's great for pre-infusion because you can lock in that water in the top and make sure the coffee saturates fully. Then we're just going to change it to setting 1. That's the low flow setting. That's going to be the best for this coarse grind, and I'm only using about 170 milliliters of water here. So, as you can see, it is dripping down very, very slowly, allowing us really to draw out that brew time.

The dripper itself is constructed of stainless steel. The gasket that controls flow rate, as I mentioned earlier, is made of Teflon. It also includes a silicone sleeve at the top which basically just keeps you from burning your hand. The December Dripper is great for both cafes and for the home user, because both are going to be able to use the optimal grind size that their grinder offers and get the sweetest cup of coffee. So, a coarse grind, in general, is the most uniform setting on a grinder because the coffee beans are being cut less than a fine grind. There are less fines, so it is a little bit more of a uniform grind, and also, brewing time has an inherent effect on sweetness in coffee. When you get to that three and a half, four minute mark, in general, coffee is going to taste sweeter. So, really, for the first time in a dripper, the December allows us to use a grind like that that gets our coffee to that sweet point while only brewing a single cup, which is fantastic. So, thanks so much for watching. That's the December Dripper. Check it out at prima-coffee.com