Fresh from the vaults of innovation, the Forté has arrived. So what's the chatter about? This review will get you close and cozy with Baratza's newest grinder, where you'll find out if it's really hot stuff — or all hype.

Fresh from the vaults of innovation, the Forté has arrived. It's sleek, strong, fast, and fully-loaded. (No, we're not talking about a Kia.) The Forté is Baratza's new grinder, which was unveiled earlier this year at the SCAA Event. It left Boston with a Best New Product award and it's been the talk of the town ever since.

So what's the chatter about? This review will get you close and cozy with the Forté, where you'll find out if it's really hot stuff — or all hype. 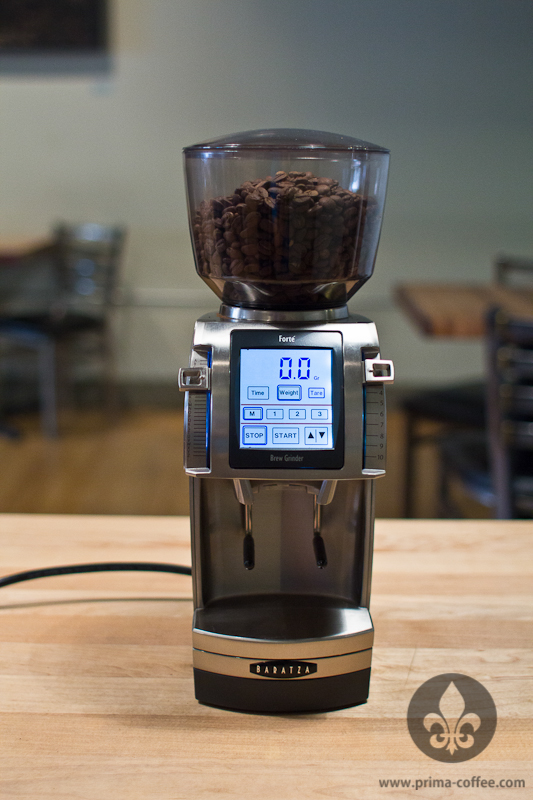 To date, every Baratza grinder has delivered what it promised, and the Forté is no exception. We were quite impressed as we peeked under the hood and pitted it against others, and we're continually surprised by its brilliant performance. Bravo, Baratza!

We got to know the Forté well over the past several weeks. Both the ceramic- and steel-burr models made their homes at our booth for an entire weekend at Coffee Fest Chicago, where they didn't skip a beat. Back in our warehouse, we tested both grinders for performance with espresso and brewed coffee, using an Alex Duetto for all espresso trials and a Mazzer Mini for reference. So how'd they do? 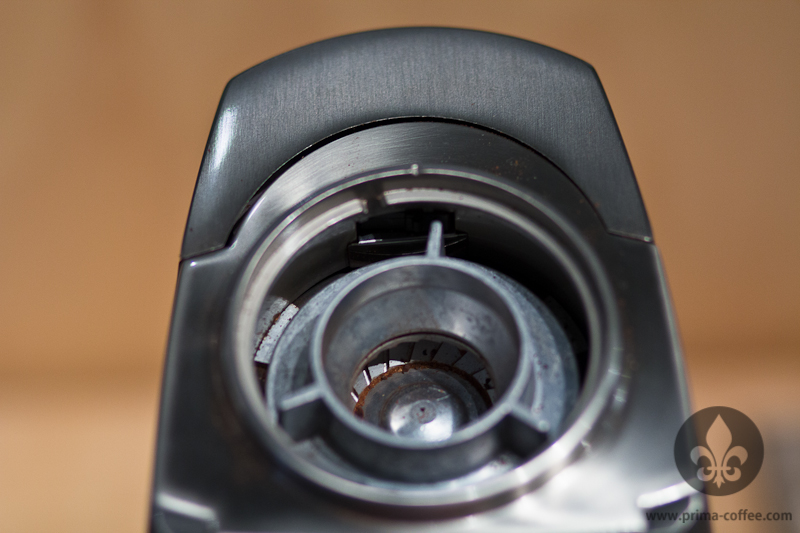 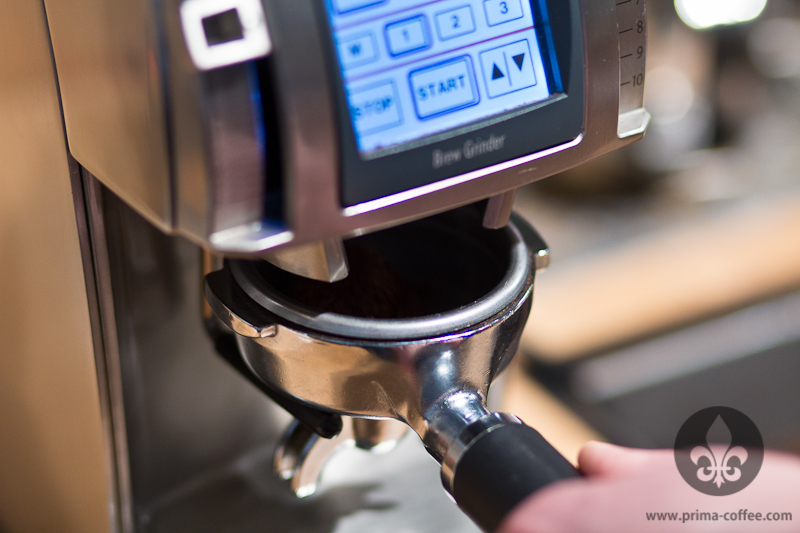 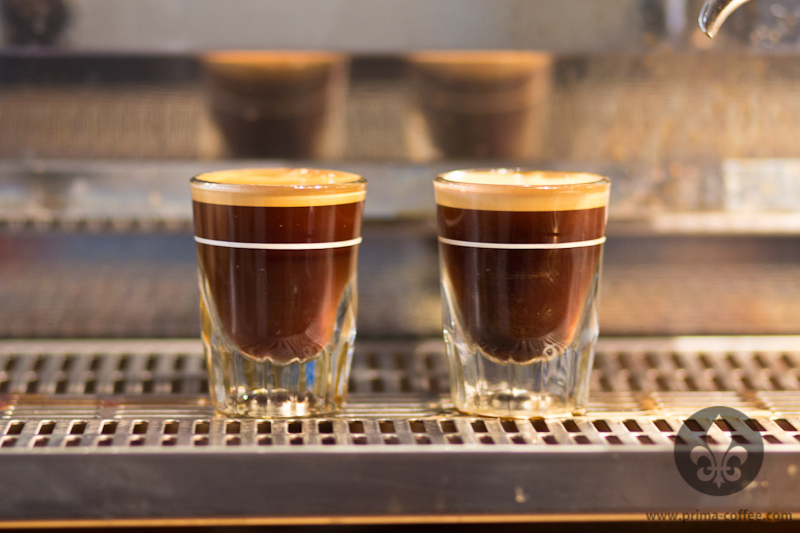 A newly designed high-torque motor powers these burrs and offers surprising speed. Set fine for espresso, the Forté pushes out about 2 grams of coffee per second. In our tests, a 7-gram dose took just under 4 seconds; a 14-gram dose, 7.5 seconds; and a 21-gram dose, 11 seconds. Fast, isn't it? Fast enough to beat others in its class by about 40%, as a matter of fact.

Retention between doses varies, but we noticed that the grinding chamber and chute withheld up to 2 grams of ground coffee at a time. On fine settings, 10% of the input was usually retained, while on medium and coarse settings almost everything made it through.

But what about consistency? We don't have lab equipment to evaluate particle distribution, but we can say this much: not only is it the star of the Baratza family, the Forté serves up a serious challenge to Mazzer's trusty Mini. And the proof is in cup. We tasted espresso prepared with coffee from each of these grinders and observed nearly identical results. With the same dose, yield, temperature, and time, the Forte's shots sported an acute, sparkly acidity, while the Mini's were more round and balanced. That aside, they were almost indistinguishable and equally delicious. (We gave the steel-burred Forté a chance, too, to rule out differences attributed to burr material.)

The Forte's impressive performance is packed into a pretty neat package. It pulls about 2.3 amps, grinds for espresso at a noise level of only about 100 decibels (slightly less than the Mini), and weighs in at only 13 pounds. It takes up 36 square inches of counter space and sits about 14 inches tall. 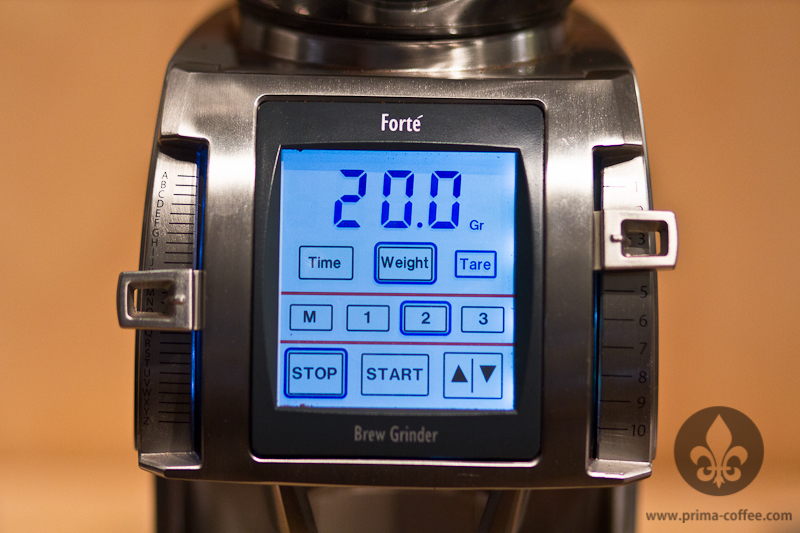 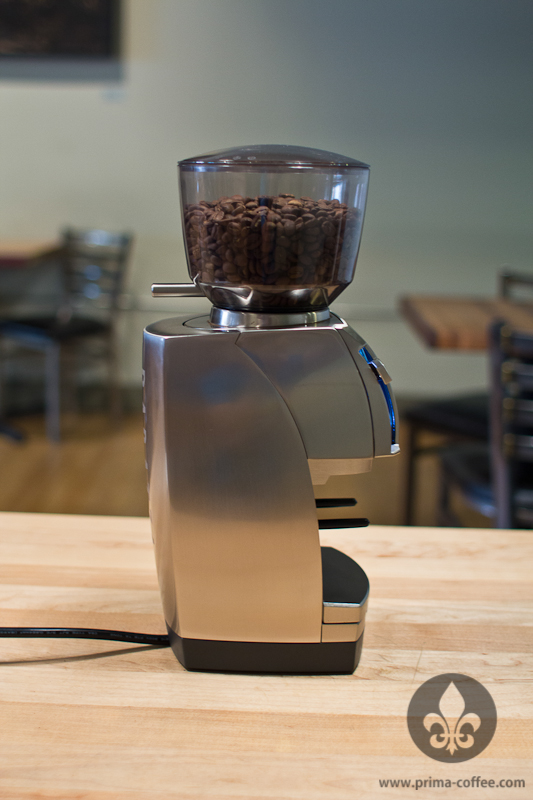 Like others in its bloodline, the Forté is totally intuitive to use. A titanic touch-screen interface guides you through different programming options and presets. To the right and left of the screen, metal switches facilitate macro and micro control of 260 stepped settings (30 more than the Vario). It's nearly foolproof, and most folks can get grinding within just seconds of seeing the machine for the first time.

While simple, the Forté is really smart. It's timed doser is adjustable to the tenth of a second and stores up to three presets. Using the timer, we noticed that our target was met within .25 grams almost every time. Weight-based doses can also be saved: the scale beneath the chute measures in tenth-gram increments and can be tared to account for the grounds bin. Unfortunately, the "portaholder" obscures the scale and disallows weight-based grinding directly into a portafilter. This is where timed dosing takes over. (We're still holding out for an espresso grinder that solves this problem.)

Here, Baratza really stepped up its game. Say goodbye to plastic parts and cheap housing: the Forté is built for the big leagues. Its tough metal enclosure, durable switches, and reclosable hopper make it ideal for a shop setting. It's sure to survive normal wear and it certainly won't impede workflow. If you're looking for another grinder to handle decaf, single-origin espresso, or a brew bar, the Forté should be seriously considered.

More than other Baratza grinder, the Forté has some real class to it. Its sleek shell, glassy screen, and low hopper contribute to a slim profile that actually spruces up a room instead of cluttering it. With its back to customers, the Forté sports an iconic Baratza stamp that demands to be taken seriously. 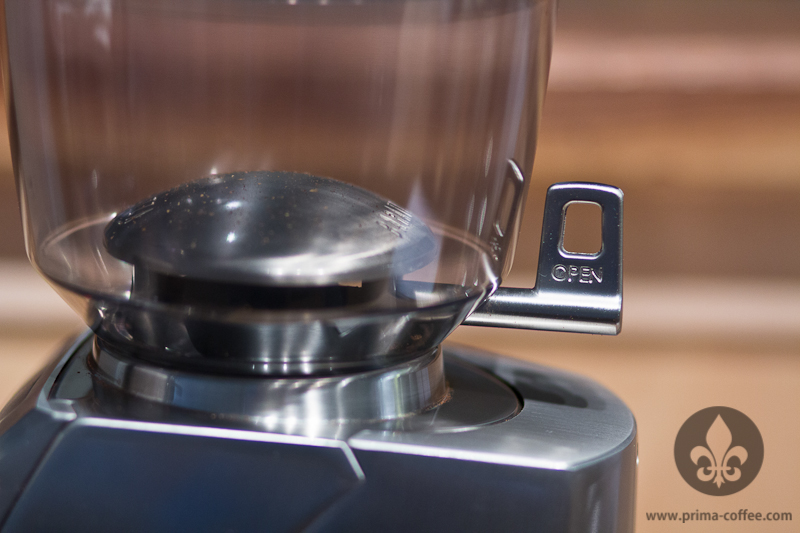 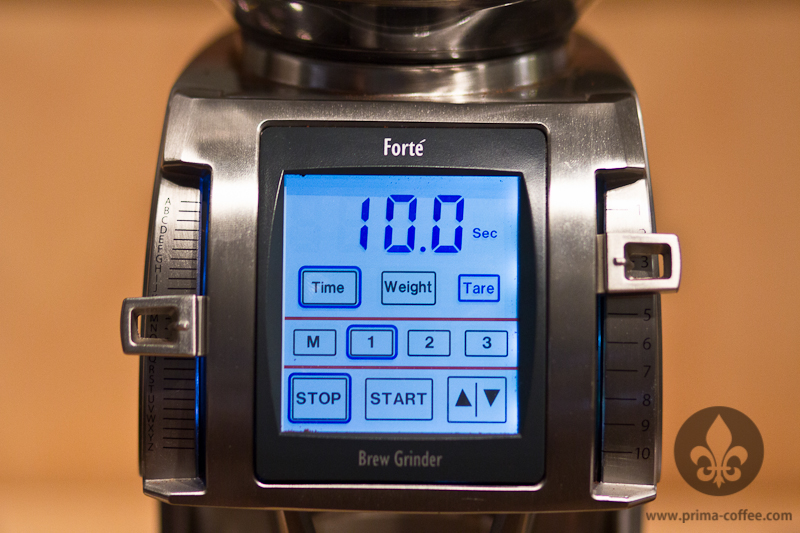 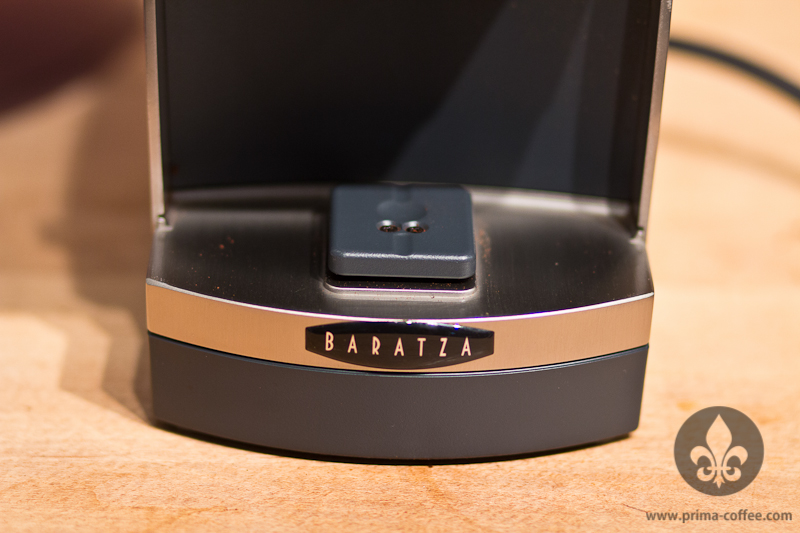 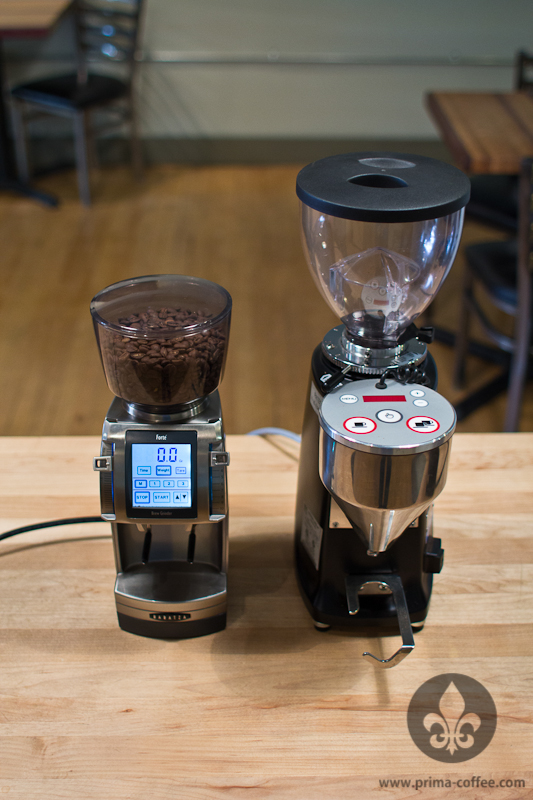