If you’ve perused our blog before or spent any time scrolling through our social media feeds, you can probably tell: we’re huge grinder nerds here at Prima. It’s true, of all the equipment we test out and use in our day to day, grinders are probably the most exciting (Hello, Baratza Sette!). And that’s mainly because grinder technology is in a bit of a Renaissance right now - we’re seeing better burrs in more places, more attention paid to grind quality and consistency, and better results for less money. No matter what your budget, there’s probably an excellent grinder out there that will net you even better cups of coffee than before. 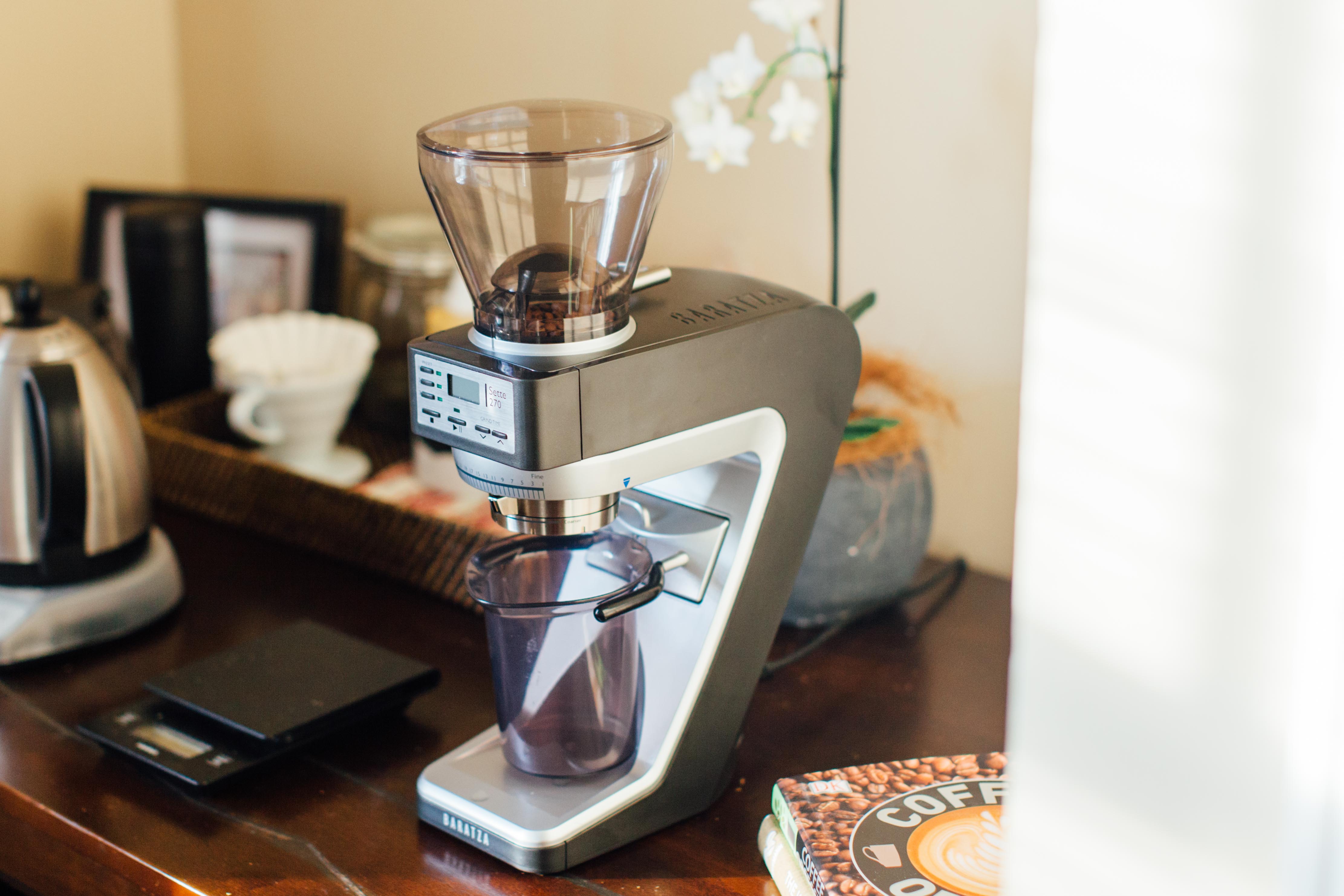 That being said, there are also some grinders we highly suggest avoiding. Namely, I’m referring to what are often called “false burr” grinders - machines which say “burr grinder” on the box (which isn’t technically incorrect), but perform much more like a cheap blade grinder instead. It’s a bit of a bait and switch, tempting you with the promise of burr-style performance in a much cheaper package, but so far in our experience it will always lead to disappointment. 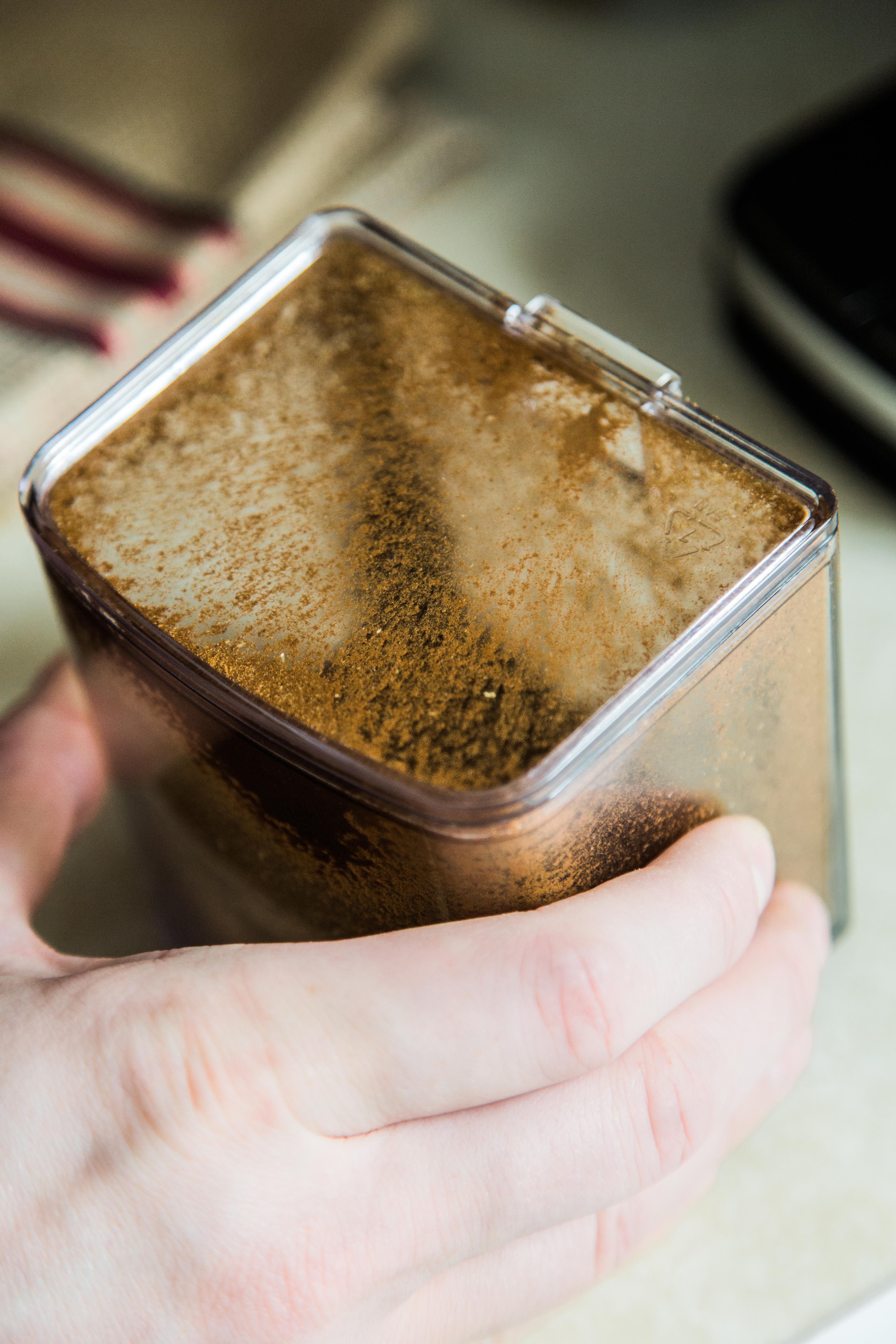 I’ve written a little about this before, but today let’s take a more in-depth look at what’s going on and why we’ve taken such a hard stance on these devices. After all, I’m implicitly suggesting you should spend more money on a different type of grinder, and that wouldn’t be fair to do without a good reason.

What’s in a burr?

So what exactly is special about a burr grinder, what’s with all the hype? Well, to start, let’s just say that how you grind your coffee matters. It matters because of the way coffee is extracted and how that delicious flavor makes its way into your cup. The coffee bean itself is mostly cellulose, basically the same stuff that makes up wood and other structural parts of plants. Cellulose doesn’t dissolve into hot water, so it doesn’t contribute to any of the flavor of the coffee, but it does provide the structure for the flavorful stuff that we do want in the cup. Attached to the cellulose structure are all kinds of chemicals - sugars, acids, caffeine, more complex stuff as well - which we mostly think tastes delicious, and want to extract with hot water. In order to do that, we need to chop up the beans into smaller pieces so the water can get at the tasty stuff more quickly -- and that’s where the burrs come in.

There are plenty of ways you could break up the beans into smaller pieces, but so far burrs seem to be your best bet. That’s because burrs give you the best opportunity to break up your beans into evenly-sized pieces. See, when you try to chop up a hard piece of cellulose like a coffee bean, it doesn’t exactly want to slice into a nice clean cube like a potato might. Instead, it shatters along the break line, creating some smaller pieces (fines) along with the big ones. You can’t quite chop a coffee bean into two equal halves - instead you’ll get two generally equal-sized chunks and a whole bunch of tiny flakes. If you do this with a sharp cutting implement, you’ll have a decent chance of making a cleaner cut with fewer fines. If you do this with a blunt surface, well, imagine trying to cut a potato with a hammer instead of a knife. 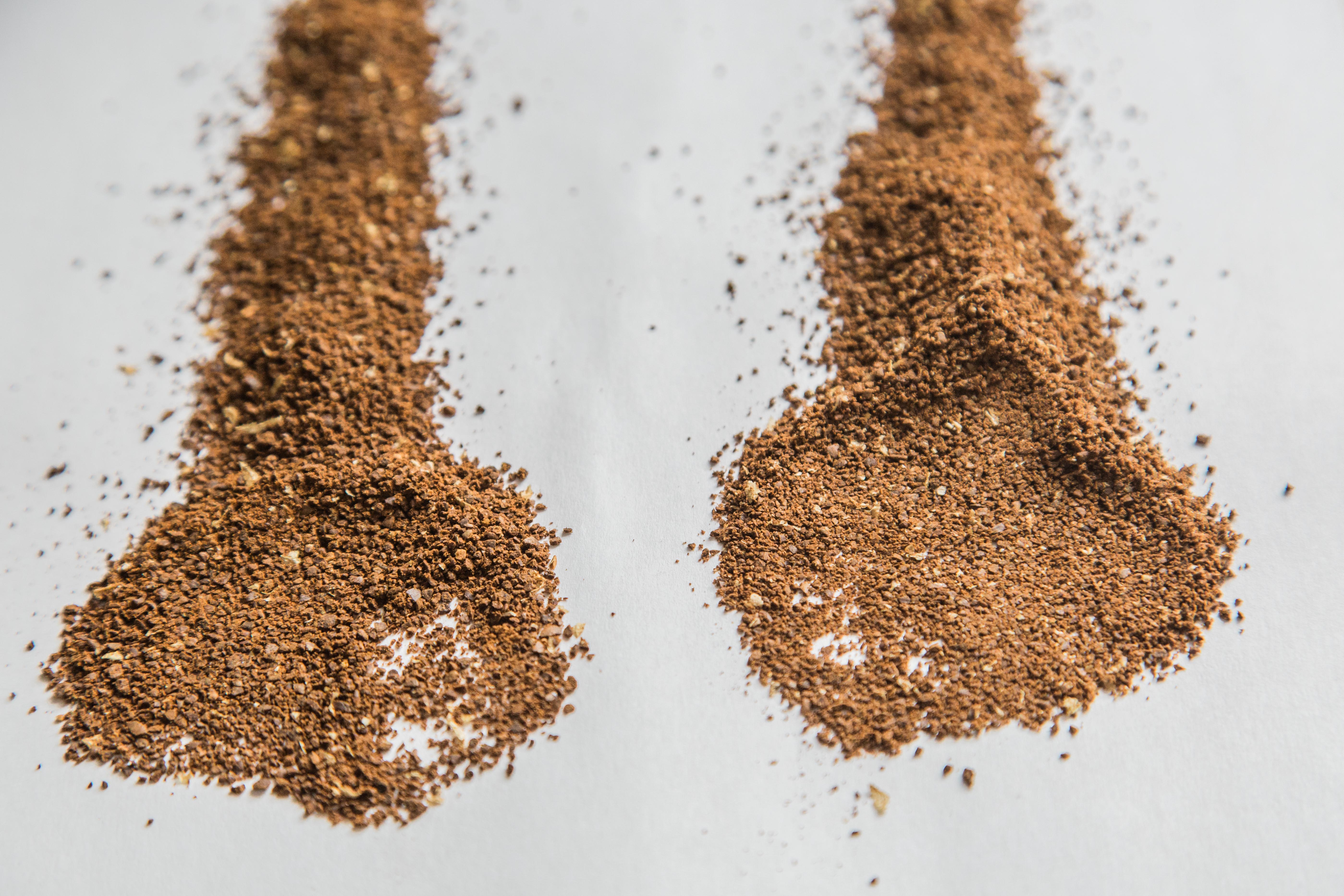 Ah, and now you’re wondering why evenly sized pieces of coffee beans matter. Why all the fuss about little bits of beans? As I mentioned, there are lots of tasty chemicals hidden away in the beans, but I didn’t mention that they’re not all tasty. In fact, some taste downright terrible! I’m sure many of us know what an overly bitter or acidic cup of coffee tastes like, and it’s sure not good! You see, all the chemical compounds in coffee have different flavors, and extracting them isn’t a matter of only singling out the ones that taste good. Instead, it’s about finding a balancing point where the flavors intermingle and the good ones are more prominent than the bad. Think about it as a sort of casserole - maybe you don’t like the taste of broccoli on its own, but mixed with some chicken, garlic, and parmesan it’s really not too bad! Those other flavors aren’t completely covering up the broccoli, but they do balance out the bitterness just as it balances out the meaty richness of the rest of the mix. In coffee we’re seeking to do something similar - we have to take the bitter with the sweet, so we want to extract enough of everything that the sweet is more obvious and in balance than the bitter is. 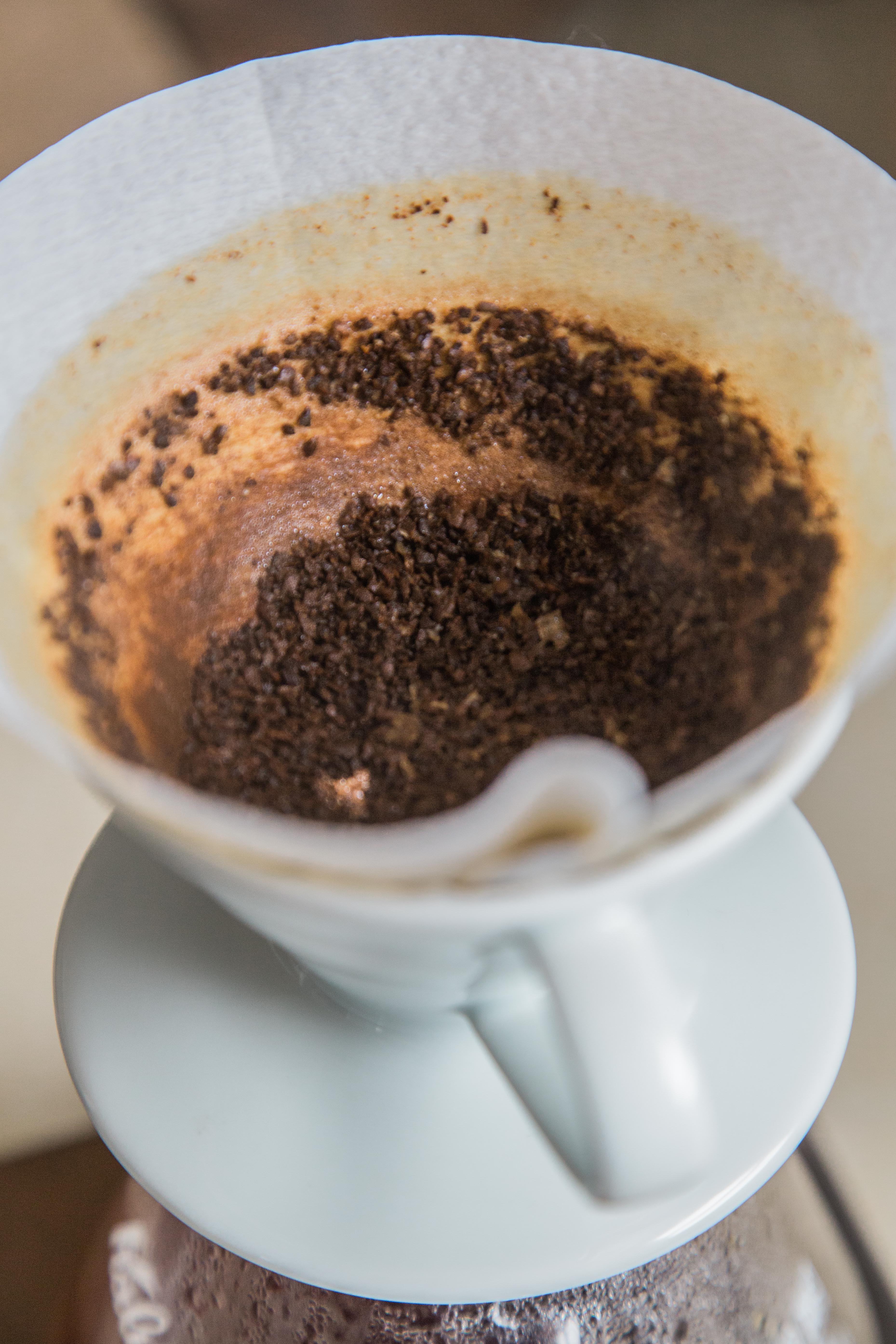 This brings me back to the role of the burrs in making tasty coffee. The more evenly sized the particles of coffee are, the more evenly they extract when introduced to hot water. In a previous article on burr grinders, I liken this to sugar dissolving into hot water. A teaspoon of table sugar will dissolve quickly, but a whole cube will take a while longer, as there’s less surface area overall. The same goes for coffee - more surface area, more extraction in a given amount of time. If you’ve got a mix of really big coffee grounds and really small ones, then you’re going to see the small ones extract very quickly while the big ones are still only getting going. That means that we won’t be able to hit that balancing point very easily, and we’ll probably see a lot of bitter and a lot of sour, which doesn’t taste very good at all. The more even the particles are, the more control we have over the balance of flavor and the more predictable the brew will be.

So evenness is ideal when grinding coffee, and burrs do it best. Let’s take a look at why that’s the case. Think about that hammer and the potato again: it’s pretty much guaranteed to make a mess, and you’re not going to end up with the nice, tidy cubes that you want. Let’s say that’s what happens when you use a blade grinder on coffee. Contrary to what the name suggests, blade grinders are quite dull when compared to burrs. They tend to just bash the beans into smithereens, indiscriminately whacking away until the coffee is in much smaller pieces. But there’s really no control over the size of the particles there. Conversely, burr grinders are designed around the idea of controlling for particle size. They use two cutting surfaces aligned such that coffee only has one way to go, and that’s into the big end and out the small, getting sliced progressively smaller as it goes. And burrs are often quite sharp! Many commercial burr sets are sharp enough to slice your skin if you’re careless. Those sharp cutting faces cleave the beans quite a bit more cleanly than a blade grinder would, and the results in the cup are much better for it. 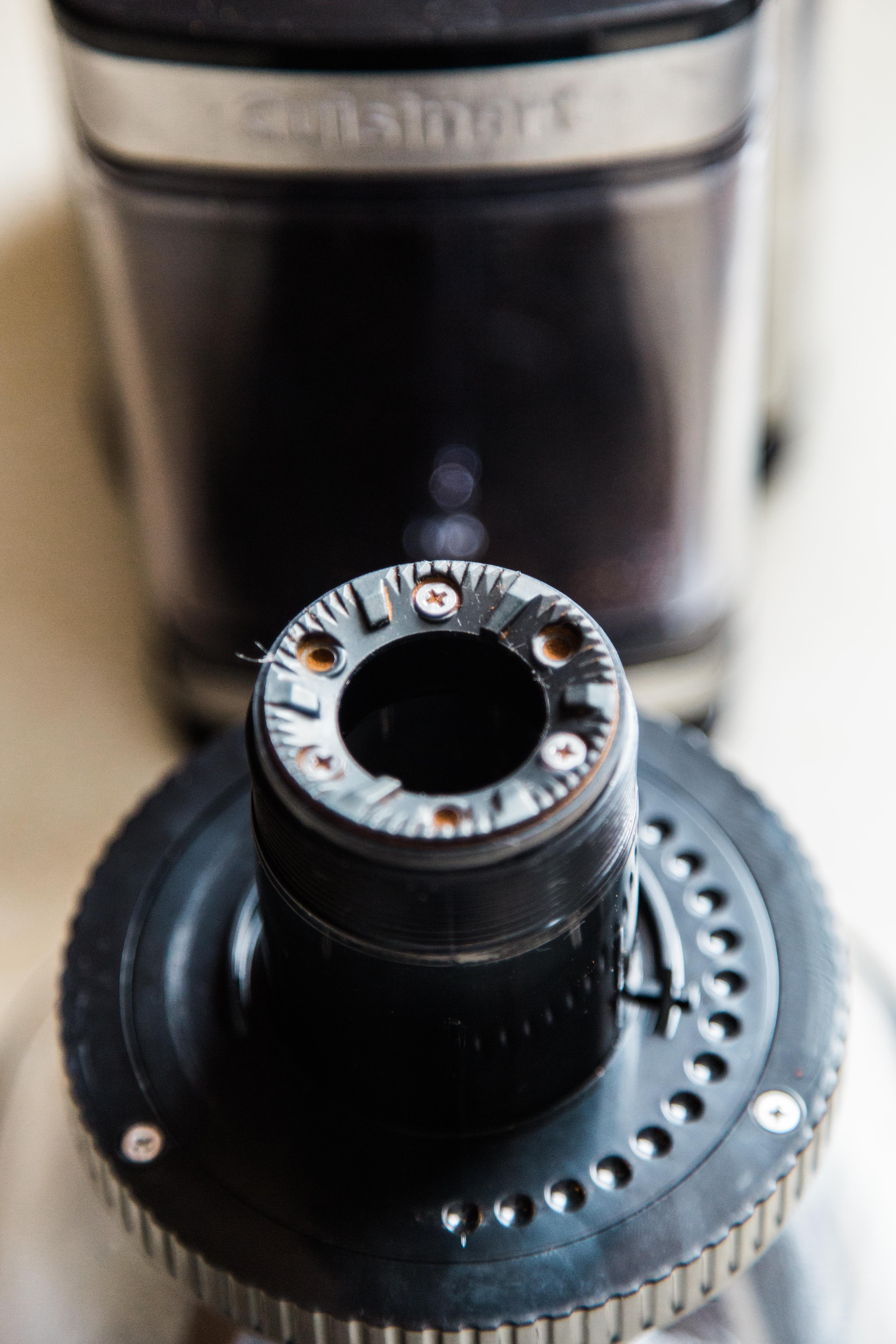 Take a look at the image above, and you’ll see exactly why false burrs are problematic. Yes, they’re technically burrs and they do operate similarly to their properly sharp cousins, but there are copious other problems that lead to their downfall. For one, sintered metal burrs like these - which are made by compressing metal powder into a mold, then fusing it together with heat - simply are not sharp by any means. With this specific model, the edges of the screws holding the burrs down are actually sharper than any cutting surface on the burr itself! You’ll also note the large nubs sticking out of the burr face, which you won’t find on higher end burrs at all. Those nubs do most of the work in these grinders, but like a blade grinder they’re imprecise and dull and result in quite a lot of powdery pulverized bits of coffee. That’s really not good for consistency, and not good for your cup of coffee.

In addition, false burr grinders like this one typically have quite cheap construction through and through. Now, many grinders meant for home include plastic parts, and if you’re lucky they’re plastic composites reinforced with fiberglass, or sturdier resins, but mostly you’ll see metal only as the price climbs higher and higher. Plastic doesn’t have to be a bad thing, but when the product is very cheap (less than $60 or so), you likely will see less precision in manufacturing as well as cheaper plastics. This means the grinder may also be less sturdy, more wobbly, and more likely to fail in a year or two. Certainly we don’t all need a Mazzer Super Jolly on our kitchen counter, but I would wager that it’s often more cost-effective to pay more for your grinder just once instead of buying a new cheap model after each one fails outside of warranty. (And by the by, Baratza not only has excellent and helpful warranty service, they also stock plenty of parts for home service, even for discontinued models!) 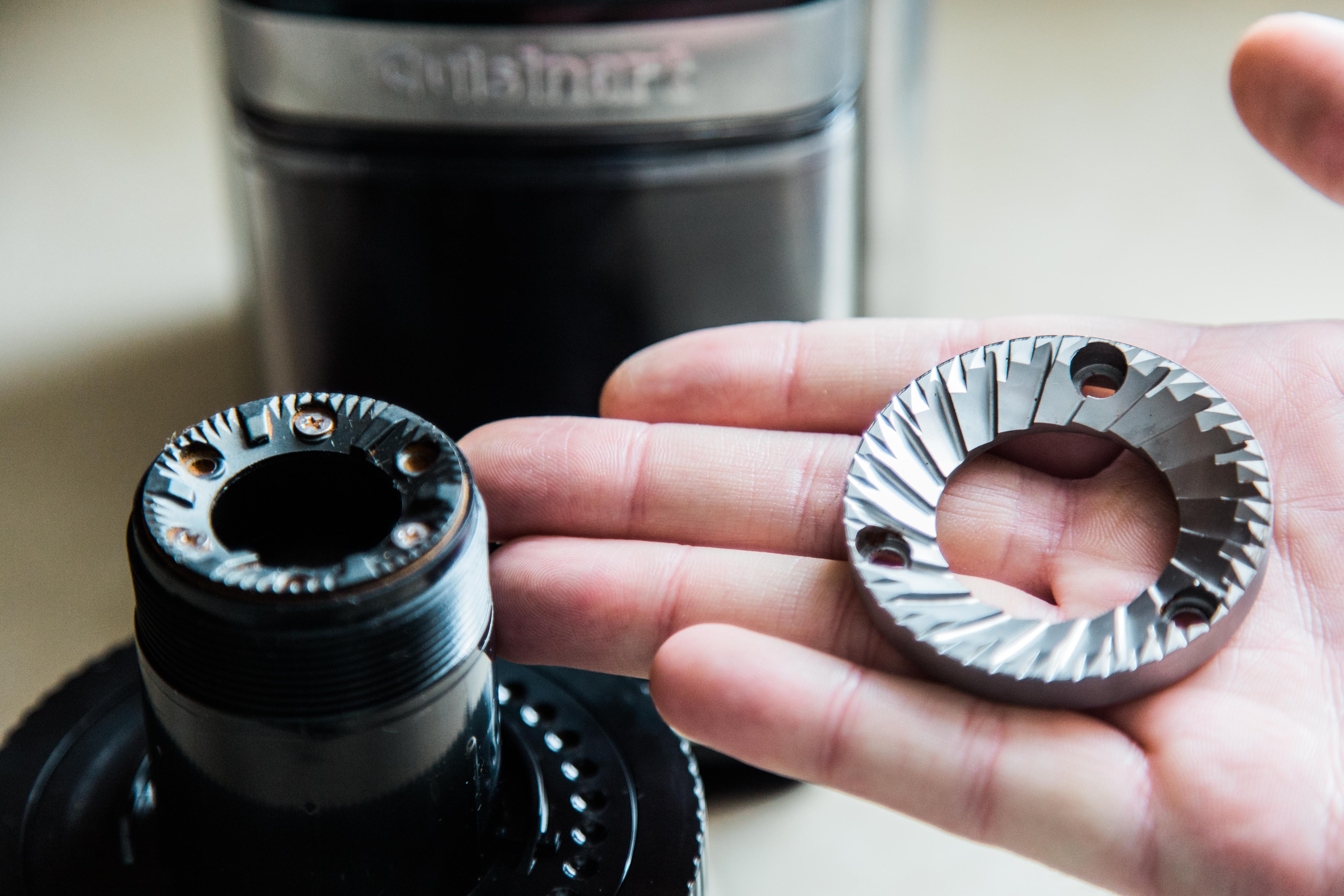 If you compare the burr sets side by side, it’s obvious that machined steel burrs are much sharper. They don’t always look like these burrs from a Mazzer espresso grinder, but steel burrs - conical or flat - are almost always sharp to the touch, and certainly always sharper than sintered false burrs. When compared in the cup, the results are equally obvious. Proper burrs produce more even extractions (and therefore more even flavors, less bitterness, less sourness) and thus better cups of coffee. You will likely spend more for a better quality grinder, but if the flavor results matter to you, then the better value is on the side of a proper burr grinder. If your budget is extremely limited, we’ve even found that budget hand grinders will do a slightly better job than false burr grinders, but you may actually be better off getting your coffee ground at the cafe in small amounts.

In the end, we’ve determined that false burr grinders are simply not worth it. They categorically seem to be a case of over-promising and under-delivering, with poor results in the cup and hardly anything in common with the true burr grinders we know and love. In many cases they do not perform much better than a blade grinder - though you can select a certain coarseness more easily than with a blade, the caveat is that the grind consistency will not be any better in our experience. There are many grinders with conical steel burrs that can be considered budget grinders, falling around $75-150. Our favorite amongst them is the Baratza Encore ($129), but others speak favorably of the Bodum Bistro (about $100) and Capresso Infinity ($120) as well. With solid options like these that won’t break the bank, there’s hardly any reason to fall into the trap of false burrs.